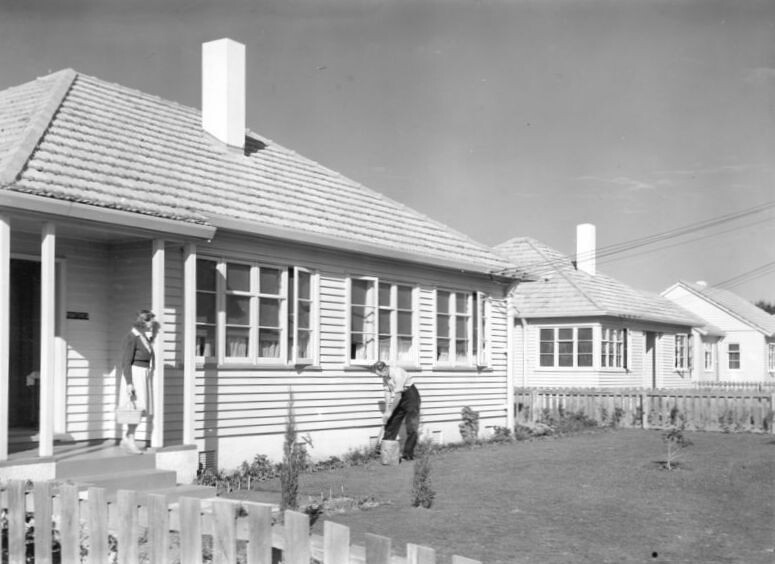 Living in a City With Truly Radical Rental Laws 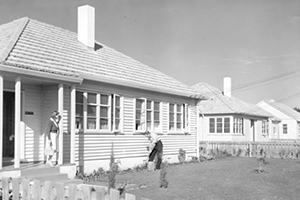 In early February, the New Zealand government introduced some big changes to its tenancy laws. Landlords can no longer evict tenants with 90 days notice without good reason. And from now on, they can only raise rents every 12 months. Some outraged landlords are threatening to leave houses empty rather than renting them out. But a look at some other countries suggests that New Zealand’s reforms are anything but radical. Take Berlin, where a leftist city government goes to extreme lengths to protect tenants.

Eliot von Hartitzsch is a 37-year-old New Zealander who works as a property manager in Berlin and has recently returned home for an extended holiday. In December, von Hartitzsch and his German partner Isabel got married in the Hawke’s Bay settlement of Te Awanga.

They’ve been honeymooning ever since, putting up their tent in lots of places that have no cell-phone coverage.

When they stopped in Queenstown, we gave von Hartitzsch a call and asked him to explain the differences between the German and the New Zealand market and about a daring experiment by the Berlin government called the Mietendeckel.

You’re a Kiwi living in Berlin. How did you end up there?

Ten years ago, I met a German girl who came to New Zealand for work and travel and I decided to follow her home. It was a bit crazy to do that with no language skills, no job and not a whole lot of money either.

I moved in with her into an apartment which was an Altbau (the German term for pre-war buildings). It had beautiful ceilings, nice wooden floors, a big lounge and a fine kitchen. She had spent 10 years there, paying just under 400 euros (about $700) a month, including utilities, and during that time she had never seen a rent increase.

How did that compare to your flatting experiences in New Zealand?

While studying at Victoria University of Wellington, I’d lived in four different apartments in five years because landlords would only give one-year contracts. They were hedging their bets and only extended contracts when they had good tenants. In some places you weren’t even allowed to put in nails in to hang a picture on the wall.

To go from there to a place where it was normal for a tenant to have a power drill in the pantry was a culture shock. Getting a good rental contract in Berlin felt like getting on the property ladder. It gave you so much control and long-term security.

But life as a tenant in Berlin has got more difficult, too.

Yes. Berlin has built an international reputation for being “poor but sexy”. More and more people have wanted to live there and that has slowly changed the city. While day-to-day life is still ridiculously cheap, property has become a notable exception. The purchase price of apartments has about tripled in the last 10 years. And rents have doubled, too.

And you now work in the industry yourself.

Yes. A couple of years ago, I helped my girlfriend — who is now my wife — to buy an apartment. So I had built up a pretty sound understanding of the market. At the same time, the tech start-up that I was working for was on a slow decline and I decided to look for a career change. I cold-called all the real-estate agents that seemed focused on English speakers and found a job with a company called Berlin99. Right then, the Mietendeckel, or rent cap, came into effect.

Everyone knew that the government was considering the Mietendeckel in order to stop rents from increasing. But most people also thought it was way too crazy and never expected it to be passed into law.

You need to explain what the Mietendeckel is exactly.

It means that rents are capped at price levels that have been determined by the government. And that’s not just caps put on new contracts or limits put on rental increases.  Every landlord in the city also had to check if the rent they charged was above the cap and to lower it if necessary.

How did the government decide on the cap for each apartment?

What’s crazy about it?

The craziest thing about it is that the price you’re paying is not based on what you’re renting. It’s a concept that would seem totally outlandish to New Zealanders. Just imagine that you’d pay the same for a crappy three bedroom that’s almost sliding off a hill as you would for a nice beachfront property with a great view and a beautiful lawn simply because both of them have 100 square metres of living space.

What does the Mietendeckel mean for your job?

The company I work for represents a lot of English speakers who don’t live in Berlin but own an apartment there. So I had to explain to them that from now on they’d get much less for their apartment. There’s typically been a reduction of anywhere between 20 to 40 per cent.

What did they say when you told them that?

Some accepted it. Others had a harder time and vented their frustration using words like “insane” and “communist”. But the most common reaction for unhappy landlords was to head off looking for loopholes.

The most commonly discussed one is what I call the “coffee cup loophole”. The new law makes it illegal for a landlord to receive a rent higher than the legal limits — so you rent out the apartment for the legal price, and then also rent out a coffee cup for an extra 500 euros per month. The coffee cup could also be a car park or anything that is not living space affected by the law.

But ultimately it would be illegal if the two contracts depended on each other. So a tenant could immediately cancel their rental of the coffee cup and keep the apartment.

How did the Mietendeckel affect the property market overall?

There are a lot of landlords out there who are trying to keep their apartments empty because they don’t want to rent them out anymore . . .

Yes, there are fines of up to 500,000 euros for doing that. But people are devising all kinds of tricks. Like ripping out the bathtub to pretend that they’re renovating. And a lot of people are just selling their apartments. Which means that now I’m mostly going to help people to sell their apartments rather than to rent them out. And I’m not sure that the overall effect is good. The amount of rental apartments on the market has dropped dramatically, and landlords have more tenants to choose from. And the reality is that they’re not going to pick the type of applicants the government wants to support. Like the single mother with three kids.

Do you prefer the New Zealand model, after all?

Not necessarily. When I looked at the latest reforms in New Zealand, I was surprised to see that landlords could, until recently, raise the rent every six months and evict tenants with almost no notice. These reforms seem pretty modest by comparison.

And after all these years in Germany, I can see that there’s a lot of good in a model that protects tenants. I understand the political intentions behind the Mietendeckel, too. Just because low interest rates make sales prices soar doesn’t mean that rental prices should get out of control. But what they’ve done is like taking a sledgehammer into an operating theater.

Would you want to move back to New Zealand at some point?

New Zealand is beautiful. The people. The way of life. Having so much nature. But I know that prices are getting crazier. My parents just sold a rental property they once bought for $50 000 for $300,000, and that’s in a not particularly attractive part of a small town.

And given that the salaries in New Zealand are not all that high, I’m wondering: How are people managing? Why are they living like this? And I found myself reflecting on my own future. What if we want to move back here in five or 10 years but we cannot afford it because
the prices are absolutely unattainable then? That would
be really, really sad.