How a Chinese tourist became a seasoned New Zealand farmer.

It’s 7am on a cold and drizzly winter morning several hours’ drive out from Rotorua. A man equipped with a headlamp and a clanking miscellany of tools shivers in the predawn darkness. He yawned himself awake several hours earlier in a warm bed far away from here, and is now trudging in worn gumboots through the mud and branches deep into a New Zealand pine forest.

Glen Chen is here to plant ginseng — a root plant that has been used as a traditional herbal remedy for centuries by the Chinese and Native Americans alike. Chen runs the largest ginseng plantation in the country. The company he founded, KiwiSeng, boasts plots covering some 100 hectares of pine forests across the North Island.

The first documented use of ginseng dates back to AD196 in dynastic China. But the plant arrived in New Zealand only recently. To the eye, the root seems like a mix of ginger and a pale, wild carrot. To the tongue, there is a herbal and bittersweet earthiness. Typically, ginseng is consumed in soups and teas, or infused into products such as energy drinks, dietary supplements, and high-proof spirits.

Its purported health effects include boosting energy, stress reduction, anti-inflammatory properties, and some go so far as to claim benefits for erectile dysfunction and aid in fighting cancer. Despite its prominence in traditional medicine, modern clinical studies have been inconclusive about the plant’s medical efficacy. Yet Chen swears by ginseng. “There are many uses,” he says. “You can even find it in those Monster energy drinks.”

At first glance, Chen looks more like a visiting professor than a get-your-hands-dirty farmer. Sporting thin-framed spectacles, a neat haircut, and a polo sweater, he laughs easily and leans in close when he listens. Describing his work, his eyes take on a certain sheen as if he were momentarily mesmerised. His day invariably begins before sunrise. That way, he can make the long drive out from rural Rotorua to the forest and still put in a full day if there’s enough sunlight. 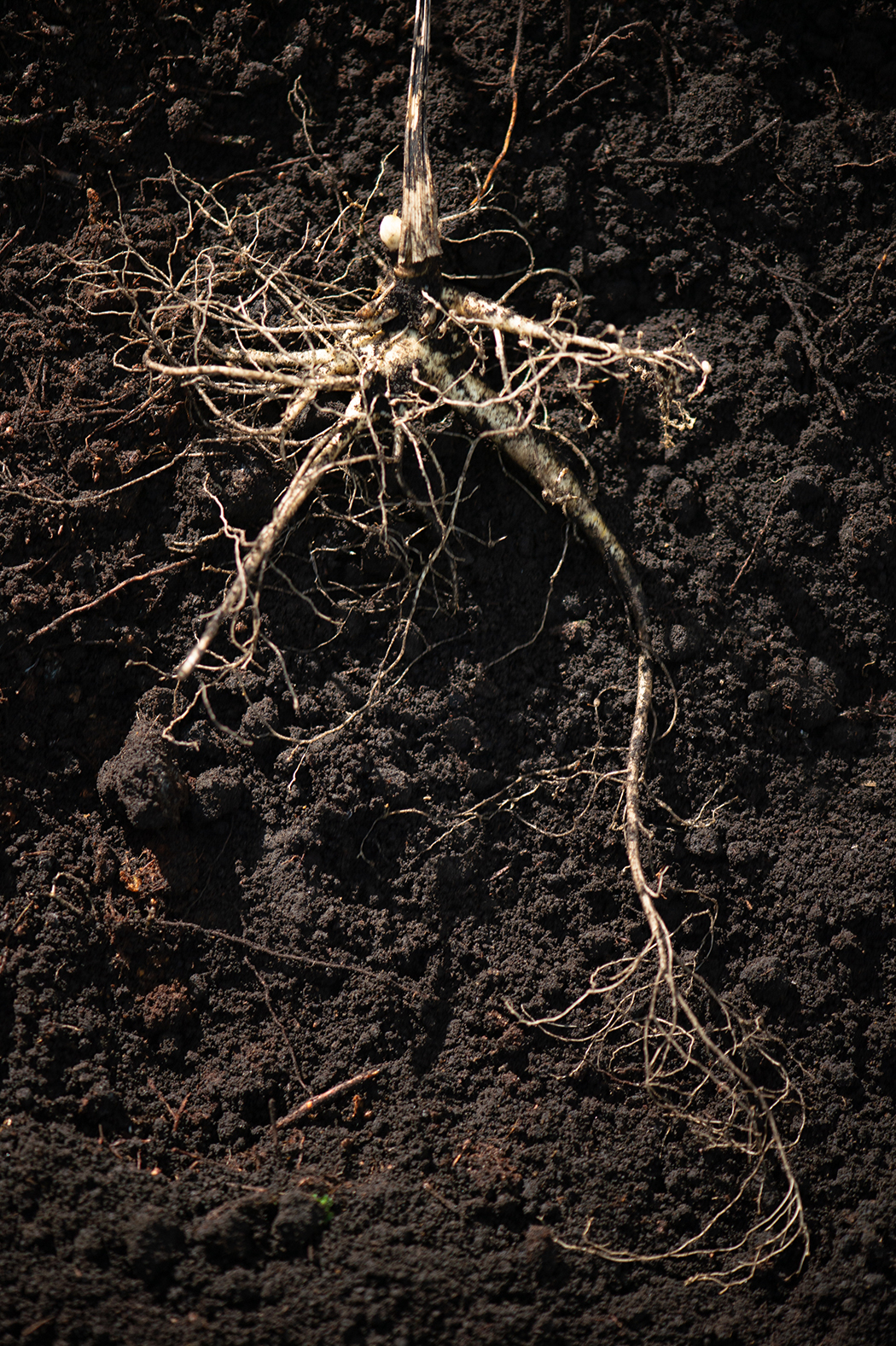 Today, he is on an inspection run. Ginseng comes in many varieties, and in different grades of quality. At the top of the ladder is wild ginseng, which is almost extinct due to over-harvesting. Then comes simulated wild ginseng, the sort that Chen grows, cultivated in conditions similar to those in which its wild cousin can be found. The third type is farmed ginseng — grown in mass-market operations that aim for speed and quantity.

By far the biggest obstacle to making quality ginseng is time. Once you’ve selected the right sites, planted the seeds and erected fences to protect the roots from animals, it’s a waiting game. For a premium product, it takes at least 15 years before the roots can be harvested. But even the massmarket variety needs at least five years to mature. “It’s like whiskey,” Chen says. “The longer it grows, the more ginsenoside [the active component in ginseng] there is, and the more valuable it becomes.” (A hectare’s worth of premium ginseng can fetch over $400,000.)

As Chen walks past each ginseng plot, he looks to see if the fencing or the plants have been damaged by possums, wild pigs, deer or birds. If the fencing is damaged, he’ll need to repair it on the spot. If a tree has fallen, he’ll need to move it so that the ginseng isn’t squashed under the weight. If that fallen tree happens to be large, he might have to use the chainsaw to break it down first. And though he has a lot of ground to cover, a cursory inspection will not suffice. Chen also needs to check each plant for disease and to ensure they’re growing properly.

“I’ve fallen on my arse more times than I can count.”

Around noon Chen takes a break, at a picturesque spot if he can manage, and has a couple of sandwiches before setting off to the next patch. He looks over the leaves and turns them over in his hand. Chen will repeat this process until darkness falls, by which point he will have trekked some eight to 10 kilometres over rough terrain.

This life of Chen’s came about through something of a coincidence. Thirteen years ago, he came to New Zealand from China on vacation with his wife, and quickly fell in love with the country. Compared to his hometown in Shenzhen, a booming metropolis of 12 million inhabitants that’s adjacent to Hong Kong, New Zealand seemed so peaceful and laid-back. “The rhythm was too quick . . . there are people around the minute you open the door, and I was getting sick all the time,” Chen says. “Coming to New Zealand, we discovered all this nature. We felt comfortable here.”

So, after two months in the country — and still only carrying the single suitcase that they came with — Chen and his wife decided to immigrate. They toyed with some 50 different investment ideas before landing on ginseng. A bioengineer by training, Chen quickly realised the potential in New Zealand due to the fertility of its soil and the pristine natural environment. “There’s little pollution here, the water is clean, the winters are cold and the summers are dry, and the soil is fertile from the volcanoes.”

Of course, Chen was also swayed by the immense commercial promise. The global ginseng market is estimated to be worth some $5.6 billion, with projections to reach $11 billion by 2027. By far the largest producer is China, followed by South Korea, Canada, and the United States. Research conducted by Massey University showed that the ginseng made by KiwiSeng has double the amount of ginsenoside as the ginseng grown in China and Korea — giving New Zealand a distinct advantage in the market. 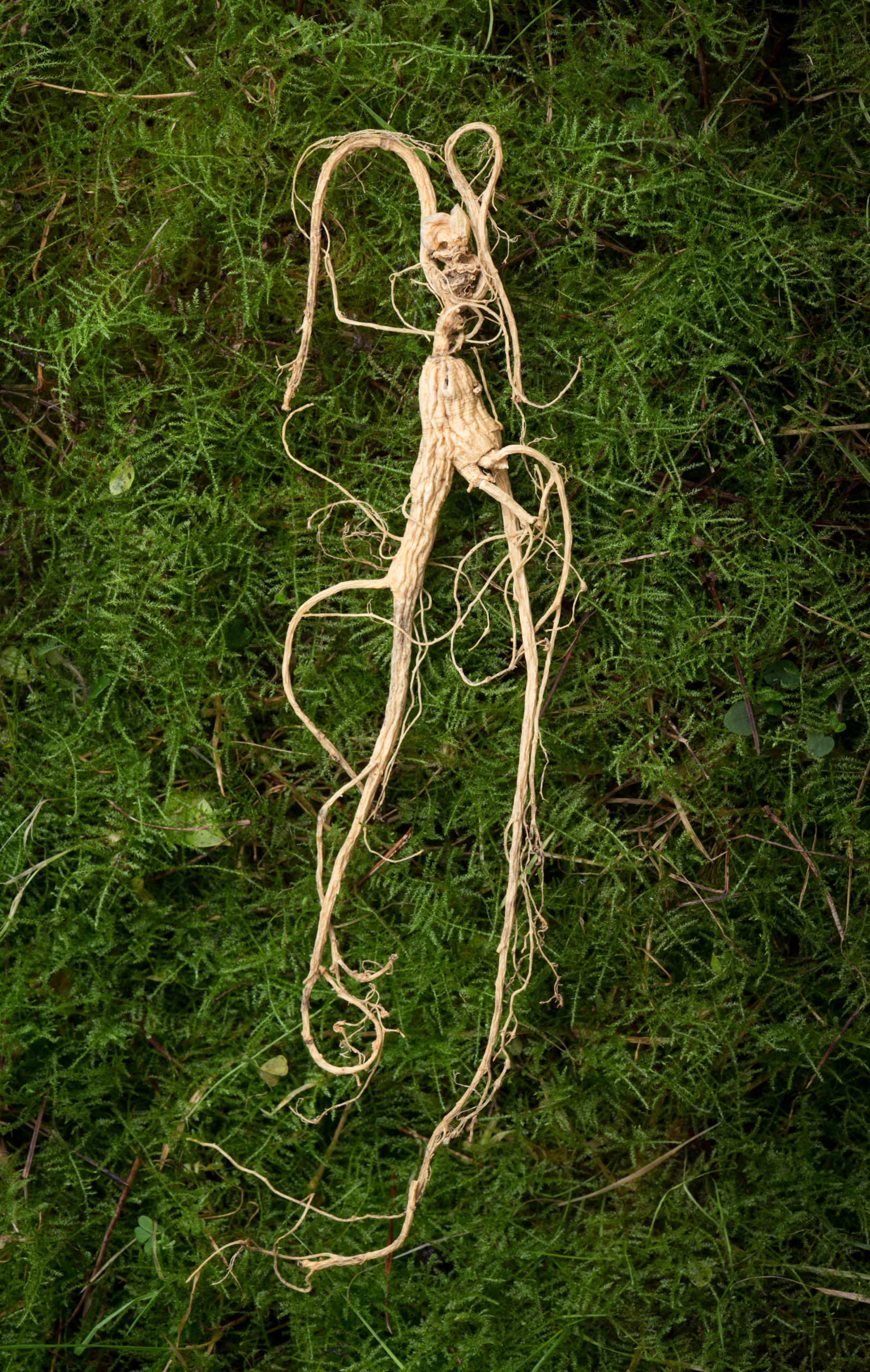 But the path Chen has chosen did not come without obstacles. He started out as a complete amateur and had to learn the trade from the ground up. “I’ve fallen on my arse more times than I can count,” he says. He means that quite literally: he’d trip over fallen branches, step into potholes, and often fell into thorny bushes that left him with cuts and bruises all over his body.

Harvesting, in particular, is a painstaking process as the roots can be easily damaged. In seconds, an overzealous hand can destroy the work of decades. Navigation is another issue. When Chen started out, he was still using pre-smartphone mobiles and a car without a GPS, meaning that he’d often get lost in the forest. One time, he managed to lock his keys in his truck at the end of a long and rapidly darkening day. Lacking cellphone reception, he managed to escape by using sticks and branches he found to unlock his car through a gap in the window.

While Chen considers himself something of a pioneer of the local ginseng industry, he hopes to encourage more growers to enter the market so New Zealand can compete at a global level.

“I’m so proud of what we’ve created over the years,” Chen says, “But my mother still calls me to ask why I chose to be a farmer in New Zealand when I can just get a job back home.”