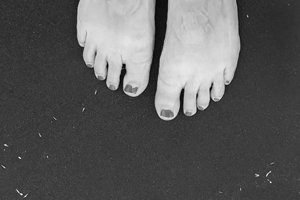 A much-awaited road trip prompts Linda Burgess to wonder why she felt more comfortable with her national identity in France than she does in the country she calls home.

“So. A huntaway, is he?” asks the man waiting outside the fish and chip shop. We’re in Opononi, and it turns out to be a bit of luck that the snapper comes in on Wednesdays. Badger looks up at the man from under his foppish, girly, löwchen fringe. “Give me five minutes with you in my shearing shed, and you’d come out looking decent.”

“He knows he’s a sissy,” I say. I’m sucking up, really. I could get defensive — we love our dog — but Badger doesn’t have a clue, so it’d be a battle wasted. Badger, who’s used to being fussed over, especially by teenage girls saying “Oh, I want one like this, just like this, oh please, Mum, please”, looks up expectantly. Derision is a new, unrecognisable response.

“A Jafa dog, are ya?” asks our new friend and we’re not sure if we’re making things worse by confessing that no, he’s a Wellington dog. There’s just a hint of he wouldn’t be seen dead in Auckland in our reply and our friend softens and says well that’s better. But just a bit.

All four of us are stereotypes. One is a seven-monthold bundle of fluff. The rest of us are probably about the same age, but it’s hard to say. Our new friend is in a Swanndri and gumboots, and the other two of us are a retired couple from the capital city with this ridiculou-slooking drip of a dog. The conversation has moved on from utterly useless dogs to what the Greens and this government are trying to do to farmers. There’s an inkling that an argument would be welcome. Work for the government, do we?

Robert says he used to breed pasture grass when he was a scientist and what sort of grass was our new friend using on his farm, and yep, that sounds a good choice, and our friend says he went to Flock House back in the day and Robert says you’ll know my old coach then, JJ Stewart, and the conversation slips comfortably into farming and rugby and hard-case coaches. I stop paying attention. There’s a swapping of anecdotes and Badger lies flat on the ground, looking as if his only use would be as a cover for a hot-water bottle, or a rug by the fire.

The woman from the fish and chip shop calls our number and we’re only five minutes away from the best battered fish we’ve ever had.

“See ya!” we say to the man, and he says to Robert, “I remember you when you played rugby. You had a knee.”

At home we might be huntaways but abroad we are like a löwchen puppy: affable, guileless, just on the edge of being too friendly. 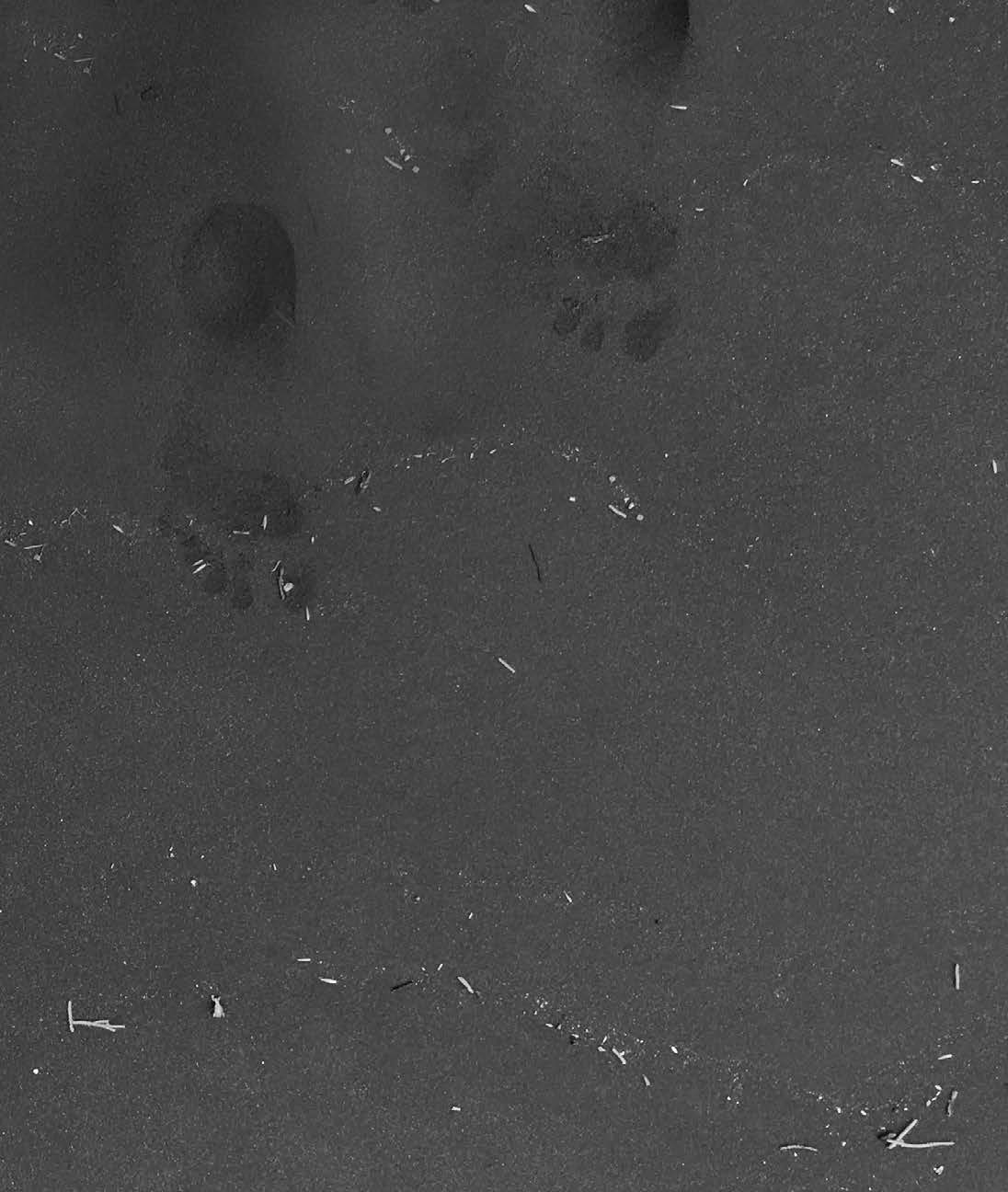 The Hokianga. It’s a road trip, our first with our puppy, and our first attempt since we turned around in Havelock North in August last year when Auckland went suddenly into lockdown. We were on our way north, staying with friends, and our phones started making the sort of noise you hear if you’re watching one of those television programmes which kill off most of the cast in the first three minutes. Hospital staff going crazy in the corridors, bodies, bodies, more bodies, then “Three years later . . .” coming up over panoramic shots of abandoned vehicles in a silent town. That sort of noise. We turned on the television, learnt that although heading in a dystopian direction, things weren’t quite that dire — not yet, not if we acted immediately — and decided the best thing to do was go back home.

Nearly a year later, we drive into Kaikohe and see that people are gathering. We wait at the intersection and cars driving past us are low slung and crammed with people. Many have the tino rangatiratanga flag, fluttering from car windows, spread across the roof.

The day before in the supermarket, looking for the butter that I buy in Wellington, I’d listened to two women talking and laughing in Māori and I’d stood wondering how I could live in a country, be born in a country, and not speak its language. I should learn, I know I should try harder, I want everyone to be able to speak te reo but a strange fear of failure stops me from trying. I mangle words; my tongue and throat won’t do the right things. I remove myself, marginally, from responsibility by being glad that my kids are much better than me, and that their kids are much better than them. At least now I can hear distinct words, which I couldn’t before, and I thank RNZ’s Morning Report for slipping in and out of both languages. I thank Māori TV.

I hear hikoi. From what I’ve heard on the news, from words I’m picking up, thanks to the hard work of others, and from the body language of these two women, I realise that I understand that they’re talking about whānau who are coming to town to join the hikoi we’d seen earlier. Dame Whina Cooper’s daughter is leading it, protesting about — what else? — land, and who gets to own it.

Getting the gist of their conversation gives me the same feeling that I felt when we were living in the south of France and one day I found I could understand casual conversations on the bus. I was a foreigner in France. I couldn’t expect to ever feel as if it was my place; I look so different. It’s wonderful not to care. Because I’m a visual as well as audial eavesdropper, I couldn’t stop watching people. I marvelled that they all seemed so good-looking, those Mediterraneans with their olive skin, dark brown eyes, and thick dark hair. Anglo-Saxons are not known for their looks. The French seem, to an outsider, to have an innate confidence. I was careful not to stare, as nowhere in the world do people take kindly to close scrutiny. I knew to quickly move my eyes that micro-second before they sensed they were being looked at. And now I could listen, with downcast eyes.

I know I should try harder, I want to be able to speak te reo, but a strange fear of failure stops me from trying. I mangle words; my tongue and throat won’t do the right things.

I was not the only outsider. Where we lived, in Montpellier, our apartment block was on a physical socioeconomic divide. The front of our building overlooked a leafy square; there was a private school where exquisite doe-eyed children dressed in navy wool coats in winter and fresh striped t-shirts in summer were dropped off at 8am by beautiful women in smart cars. The back of the block looked over the Arab Quarter. The French were overtly disdainful of Arabs; casual racism seemed to be as accepted in France in the 1980s as it had been in the New Zealand that I knew in the 1950s. Arabs were tolerated because they were a useful underclass — they did the hard physical jobs, clearing the drains, labouring on building sites. They were usually from Algeria, which France colonised at much the same time as England colonised Aotearoa. It is not a pretty story. France also disdained the ‘Pieds-Noirs’, those whose mostly French ancestors had settled in Algeria, and who many decades later had been obliged by Algeria’s hard-won independence to return ‘home’ to France. In a move that caused huge uproar at the time, Emmanuel Macron during his presidential election campaign called France’s occupation of Algeria “a crime against humanity”.

In the late 1980s, without the usefulness of the internet, my understanding of France’s colonisation was scant. Daily I walked to the laundromat with two bags of washing — one colours, one whites — and my route took me past men in the Arab Quarter working on a building site. They quickly noted that I wasn’t worth a whistle. They came from the other side of the Mediterranean, not far at all, but they looked so different from the people who lived and worked on the leafy side of our apartment block. The patisserie on that side specialised in elegant tarts, buttery croissants, baguettes baked hourly, while the boulangerie at the back of the block had different, tougher, more interesting breads. I liked being a foreigner; of feeling no responsibility for the actions of the country in which I was an impermanent guest. Anglo-Saxons are unused to being the victims of racism; we are far more likely to be the perpetrators. In France “the English” were tolerated out of a tired pragmatism, as at that time the English middle class, previously unable to own a holiday home, had begun to buy extraordinarily cheap cottages in villages which had lost all their young to the cities — on one level saving the villages, on another, dooming them to be haphazard collections of temporary residents. We found we were more tolerated in winter, when it was clear that we were living there, rather than sun-seeking tourists.

In need of company, but with local women my age all working, I joined with other foreigners. I was a foreigner to them, too, but even as educated Americans they seemed unaware of any world other than the one they’d left for their husbands’ sabbaticals. I was still with people who spoke another language, but these ones were oblivious to it. I taught them footpath for sidewalk, aluminium for aluminum. They were amazed, they had no idea!

When I’m away from home, I feel more a New Zealander. It’s a way I can describe myself and I learn, as everyone does, that we are a popular, unthreatening nationality. Not brash like the Australians, standoffish like the English, entitled like the Americans. At home we might be huntaways but abroad we are like our löwchen puppy: affable, guileless, just on the edge of being too friendly.

Yet I’m a fraud. My body seems to have a memory that goes beyond the last two centuries. Scotland, England and Denmark, where my ancestors were born, speak to me in a visceral way when I visit them. My eye is fooled into recognising the stone buildings of Central Otago; somehow my body, my psyche, expects the environment to be tough. It’s why I feel comfortable in Wellington and am mistrustful of tepid climates. On the train travelling through Schleswig-Holstein to Copenhagen, I looked out of the window and I thought perhaps my great-grandfather stood beside this railway line and marvelled at the speed of trains. Perhaps this speed inspired him to leave; if I look hard enough, won’t he still be there? Yet if I get off the train where he used to live, I’ll be from somewhere else.

In the Kaikohe supermarket I listen to this other language, a language spoken in this country long before my ancestors got on the boats that sailed from Glasgow and Denmark and Southampton, bringing with them the colonisers’ desire to turn the new place into something like the places they were coming from, only better. I’m burdened with the knowledge of what colonisation does to the colonised. I’m ashamed of my ancestors’ part in it, yet I feel a type of envy. For, bizarrely, the colonised, not the colonisers. I want to know how it feels to be that passionate about a land that has been in my blood for centuries. I mourn for something I’ve never known: to completely belong. As in my heart I know that the coloniser’s punishment is to be forever homeless.

Linda Burgess is the author of Someone’s Wife, an acclaimed book of essays. She lived for a time in France with her husband Bob Burgess, a former All Black.
They now live in Wellington.