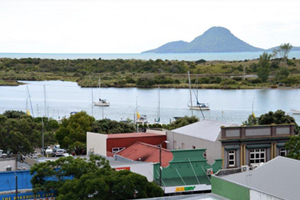 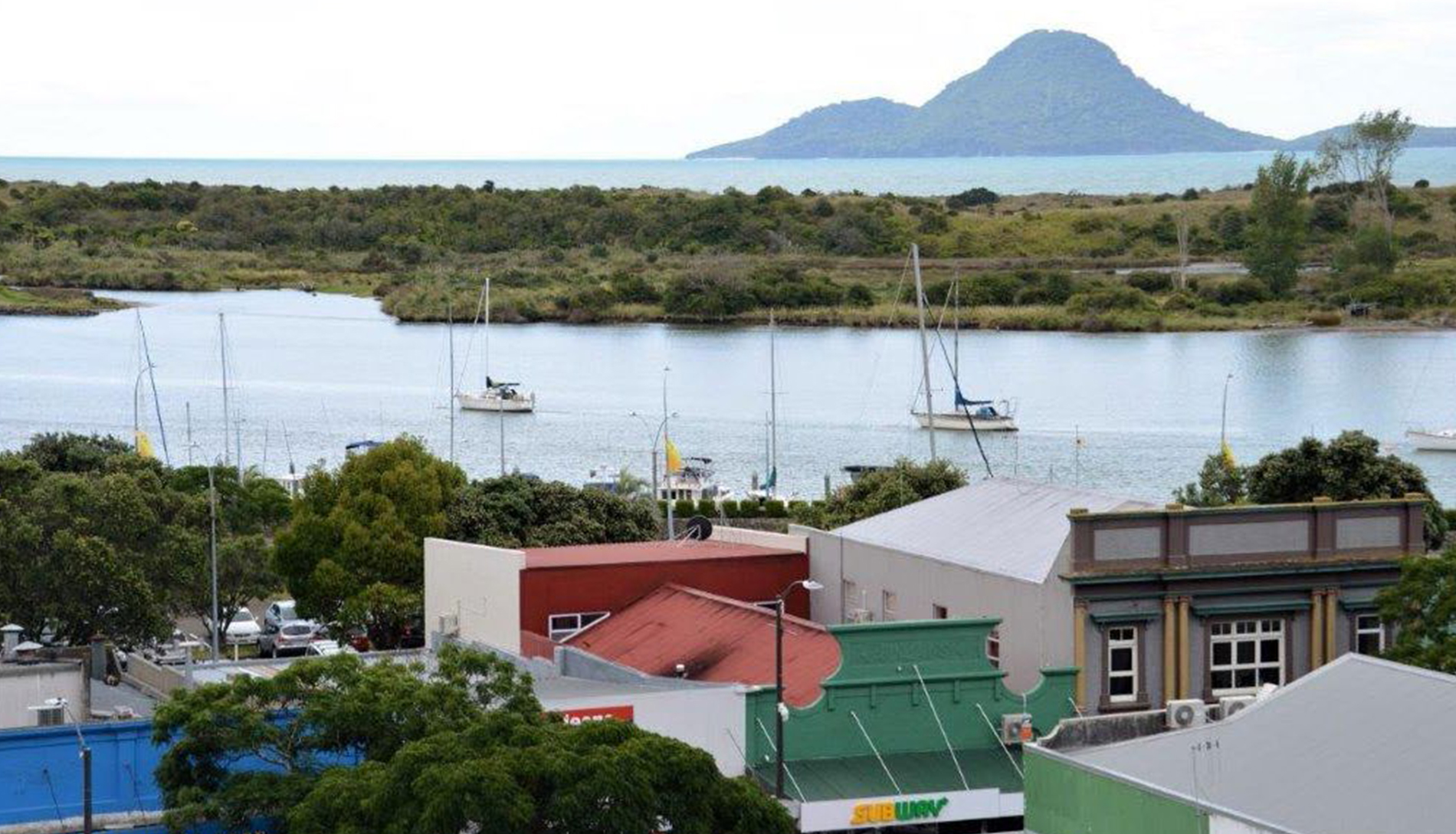 A trip to the east coast reveals a strong community whose togetherness is key in the aftermath of Whakaari / White Island’s eruption.

To leave Tauranga, its spaghetti of express roads and flyovers and inexorable spread of houses, to leave and drive southeast along the coast to Whakatāne, is to loosen up, let out a long breath, bask in light from the ocean, and enjoy the ride. Once over a slow bend of the Whakatāne River, relax; you’re almost there.

As a child, I’d travel with my family from Tauranga to visit two great-aunts in Gisborne. Like my parents, my aunts were English immigrants during the “Ten Pound Pom” era of postwar immigration. Sometimes my dad would drive the long way, east through Whakatāne, around Cape Runaway, then south, past a succession of beautiful bays — Hicks, Tokomaru, Tolaga — before Gisborne, first city, daily, to greet the sun.

In our Holden, it was a long and winding way to this eastern part of the country, a world away from my suburb of fenced and tree-trimmed properties. Logging trucks thundered by our house, and men like my father put on shorts, shoes and socks right up to their knees, then went to work in tidy cars. On the east coast, trees were huge, uncut; I saw people riding horses along roadside verges, different kinds of buildings (unknown to me then as marae), and many of the faces I waved to were brown.

My great-aunts are long dead, but visiting Whakatāne reminds me of them, and of a place that intrigued me as a child. Ngāti Awa is the predominant iwi in Whakatāne. About half the Whakatāne district population identify as Māori. Ngāti Awa trace their ancestry to people who arrived about 700 years ago on the waka Mataatua and to people they believe were already in New Zealand when Māori arrived. Whakatāne is named for an incident that occurred when Mataatua landed. Led by the captain, Toroa, the men disembarked to explore. In their absence, the waka begin to drift away from the beach. Toroa’s daughter, Wairaka, seized an oar, something women were not permitted to do. She navigated the waka back to shore, calling “Kia whakatāne au i ahau!” (I will act like a man). Today, Ngāti Awa comprises about 21,000 descendants of the Mataatua arrivals, and is represented by 22 hāpu.

I learn this history from Moses, a staffer at the waterfront i-SITE. Moses suggests I walk the Heritage Hikoi, through downtown and waterfront Whakatāne to sites of historical and cultural significance, most marking events pertaining to Ngāti Awa. The day is hot, so I head to number seven on the hikoi: Te Wairere Waterfall, just a couple of streets away.

In our Holden, it was a long and winding way to this eastern part of the country, a world away from my suburb of fenced and tree-trimmed properties, where men like my father put on shorts, shoes and socks right up to their knees.

At the foot of the falls, beneath trees, people sit talking. I ask a couple if they know much about this place. No, they say, then point towards two women in yoga poses. “Ask Patricia, the one in the blue dress.” As I approach, both women are standing on their heads, Patricia’s blue dress billowing like a wave around her head. They collapse in laughter, and I introduce myself.

Patricia is Ngāti Awa, a mother, grandmother and community mental health worker with the Bay of Plenty District Health Board. Firmly anchored in te ao Māori, and with many years of professional experience, Patricia is committed to working with anyone dealing with trauma or alcohol and drug conditions.

She brings clients to Te Wairere, using this long fall of water to help calm trauma, calling on its wairua to aid healing. In 2019 the Bay of Plenty District Health Board partnered with several local iwi under the umbrella of the Māori Health Runanga, launching a 10-year health strategy: Te Toi Ahorangi. It uses tikanga and a Māori worldview and is the first of its kind to be adopted by a DHB.

Patricia is proud of this partnership, which is about building equity, and may address impacts of colonial influences she sees still playing out in society.

Partnership is also important to Michal Akurangi, manager of Taiao, the environmental arm of Te Runanga o Ngāti Awa. The Taiao team acts as kaitiaki of natural resources. Michal spent several years working in district councils, giving her a good grounding in the world of local government, but — as she says with a wry smile — she does not miss the bureaucracy and hierarchy. Glad to be giving back to her iwi and whenua, Michal helps iwi members navigate council processes and work through environmental issues.

Projects in Michal’s kete include waterway health, harbour and tourism development and pest control, including a project to eradicate possums in a 4,700-hectare area — a big block of land, but the team has nature on its side: the area has natural defences such as river and harbour.

It’s an iwi-led operation, with iwi making decisions, based on traditional matauranga (knowledge). The project teaches participants new skills, helps them gain employment and offers reconnection with both whenua and community. Success is marked by the achievements, the opportunities, the joint efforts she sees in the community: “We are only as strong as each other.”

When Whakaari / White Island erupted on 9 December 2019, Whakatāne needed that strength. Molten magma, rising and mixing with groundwater, led to a violent and lethal explosion of gases, ash and steam.

There are other ways to consider the cause of the eruption. I spoke to Miriama, a young woman who sees the island as an ancestor, Te Puia o Whakaari. I asked if Miriama knew of legends concerning the ancestor. She wasn’t sure, but said, “Maybe Whakaari got tired of people walking on her, and she blew. Now she can have a rest.”

Almost everyone, I’m told, has some connection to Whakaari. The island has not left town — on any clear day, like today, Whakaari is easily visible on the horizon; steam and gas billowing white against a blue sky. I turn inland, to walk beside the Whakatane River; past berthed charter boats, seagulls, a fish and chippy, two girls pushing a third in a wheelchair, laughing and chattering. “Let’s go to my koro’s place.”

I leave the waterfront to visit Mataatua Wharenui, the intricately carved ancestral Ngāti Awa house which, under government order, was dismantled in 1879 and sent to represent New Zealand at international exhibitions. It took more than a century for the wharenui to be returned to its rightful owners and restored to its original beauty. Mataatua Wharenui is open daily to the public, but not today; it’s closed for a private function.

Though the door to one house is shut, I’ve been welcomed today in spaces I don’t often enter. I found history and ancestors present in those spaces, I looked afresh at land and people in Whakatāne. It’s a small town out east; a river runs through it, generosity, and many voices.

Julie Clifton is a writer and community co-ordinator. She lives in Tauranga.