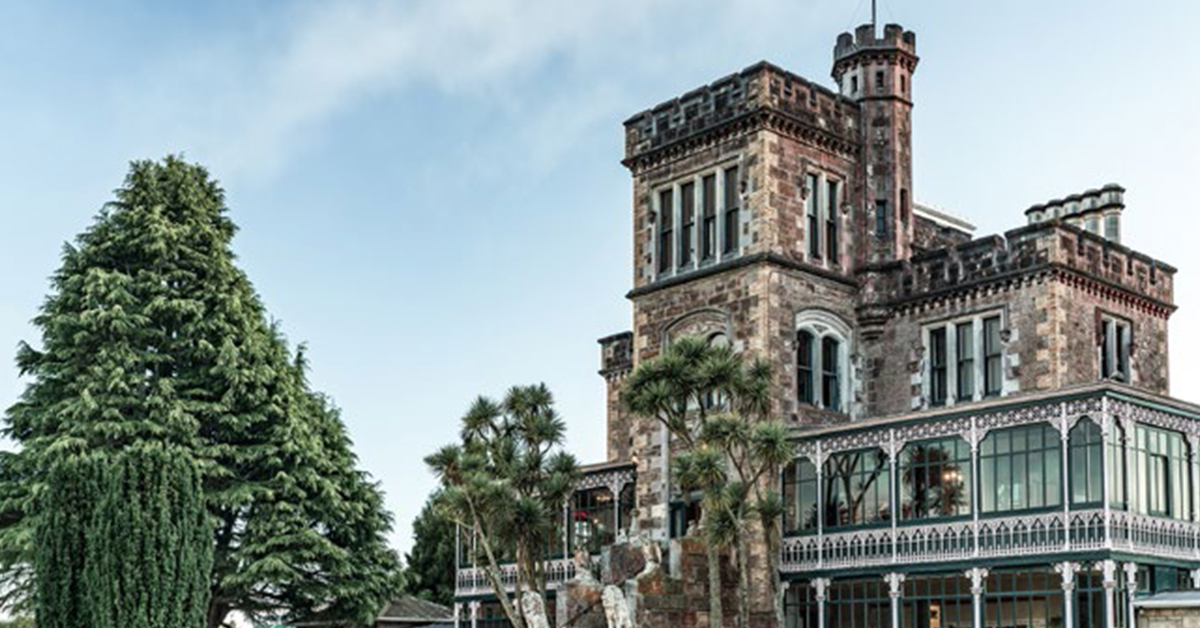 Just another day at the local castle.

While Prime Minister Jim Bolger was inside Larnach Castle, seemingly enjoying his visit, Margaret Barker was outside with a garden hose because part of the castle was on fire.

“It was a wooden fireplace in the ballroom,” she says of the incident some 30 years ago. “We had to jimmy it out of the wall, and I spent the night hosing down the fire surrounds.”

“I remember Margaret trying to put the fire out,” she says, laughing.

This year marks 150 years since construction began in the Otago Peninsula on New Zealand’s best-known castle. It’s a miracle that Larnach Castle is still standing. When electricity was first switched on in 1927, some of the lines ran through the gas pipes. Before then, heating came from methane generated by animal and human waste — which caused an explosion in the library, not to mention a rather unpleasant odour. (A desk that had allegedly once been owned by Buffalo Bill survived the blast.)

Many Kiwis know the basic history. Built by the industrialist and politician William Larnach in 1871 — a job which required about 200 workers and the import of 20 tonnes of glass from Europe — the castle fell into disrepair after he killed himself in Parliament in 1898. At various times a retreat for nuns, a mental asylum, a signal station, a private home offering tours two afternoons a week where visitors could buy the things on display (think of it as a fancy op shop), a cabaret venue, a survivor of arson, and more, its story seems almost too cinematic to be true. 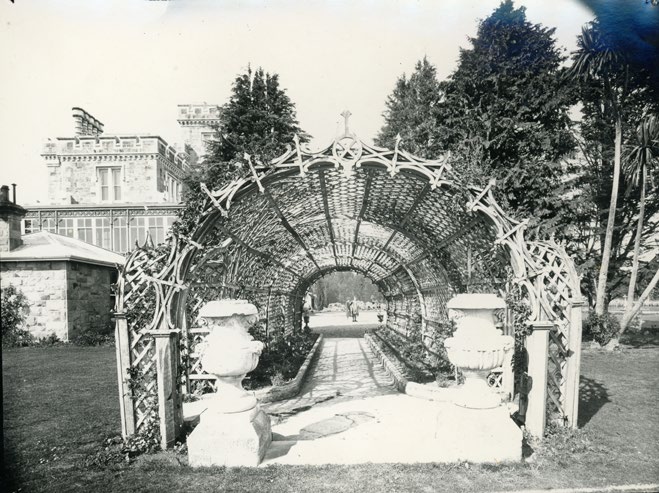 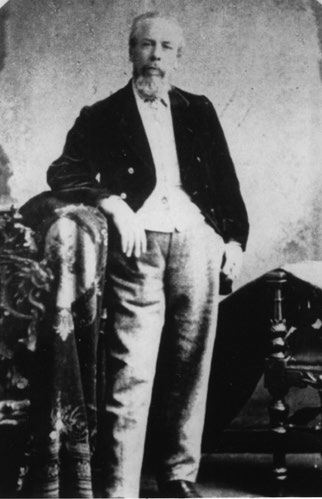 With his finances crumbling, William Larnach — then an MP — killed himself in Parliament in 1898. His ghost is believed by some to haunt the castle. Photo: Larnach Castle Ltd, Archives.

How the Barkers came to own Larnach Castle is similarly cinematic. Margaret, 24 at the time, came upon the castle while driving with husband Barry, an electronics engineer who owned his own company.

“The person at the door, he was called Oscar. My husband said to him, ‘I wish it was mine.’ And Oscar said, ‘Oh, you can have it.’ Then a voice came down the hall and said, ‘Oscar, it’s been sold!’ But it turned out they hadn’t come up with the deposit.”

It’s been 54 years since that day. There’ve been visits by celebrities (Daniel Craig is purportedly a fan), senior British royalty, prime ministers (Margaret says Jim Bolger came back after the fire and David Lange visited often — insisting on paying admission every time), and young and old alike from across Aotearoa and around the world. Film productions, too, like Shaker Run featuring a young Leif Garrett, and a Bollywood shoot that caused alarm when cast members danced with prop guns.

“The castle’s been through ups and downs,” says Margaret.

Her son, Norcombe Barker, grew up in the castle along with his sister Sophie, and today he manages the business side. There are still the occasional close calls.

“At the old methane gas plant, there’s a stone wall,” he says. “All the sewage used to go down to that. We went down because something was blocked up. We heard this rumbling, and John our foreman pushed me and said, ‘Run!’

“I ran one way, he ran the other. The entire wall exploded with everyone’s business behind it. If he hadn’t pushed me and we hadn’t run . . . imagine that on a gravestone.”

More serious has been the impact of the pandemic. Deborah Price, who is now the sales and marketing manager at the castle, says the closure of New Zealand’s borders meant the overnight loss of 70 per cent of visitors. Weddings — another source of income — were postponed or cancelled; one couple from Australia has rescheduled four times now.

It felt as if the castle were under siege. But the community has rallied around Larnach.

“One of the ideas was a ‘loyal locals’ card,” says Norcombe. If someone bought a card, they could visit the castle an unlimited number of times for a year. The hope was they’d spend money at the gift shop and café — money that would be used to retain staff.

“We printed 300 cards,” he says. “And sold 5000. A lot of those people were coming to buy a card to just show their support. We never saw it coming. People have been treating the café as their local.”

Thanks to the community support, the constant maintenance needed on the castle can continue. The ballroom was recently refurbished, in time for a fancy-dress 150th-anniversary dinner that was going to be held on 10 September. (Due to the latest lockdown, it’s been postponed.)

The refurbishment also means the castle can again host the legendary Dunedin school balls — a far cry from the holding pen for sheep and cattle Margaret says it was when she and Barry bought it.

“It’s not about the building,” Norcombe says of keeping the castle open. “It’s about the stories within the building. It represents social history — New Zealand’s history.”

Norcombe is proud the castle still employs dozens of local people. When he returned in 1990, there were five employees. By the time the pandemic hit, there were 105.

Deborah Price is proud too — and thankful. Living just down the hill from where the castle is perched, and where the waters of Otago Harbour shimmer on a sunny day, she didn’t think she’d stay close to where she grew up in the deep south.

“There is always something happening,” she says. “We are a pretty tight bunch as a workforce, and I think we all know we are pretty fortunate to have such a unique workplace.”

Adds Margaret: “It’s become a part of many people’s lives. To a lot of people, it’s something very special. That’s a wonderful feeling to have.”

And even though the castle has long been rumoured to be haunted, Margaret says her most memorable guests were not from the great beyond.

“We had some escaped prisoners,” she says.

“We asked them to sign the visitor’s book — and they took off in a hurry. I guess they wanted to do a bit of sightseeing while they were on the run.” 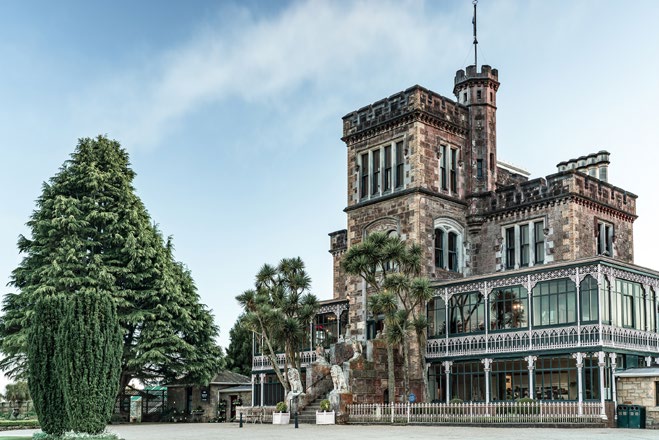