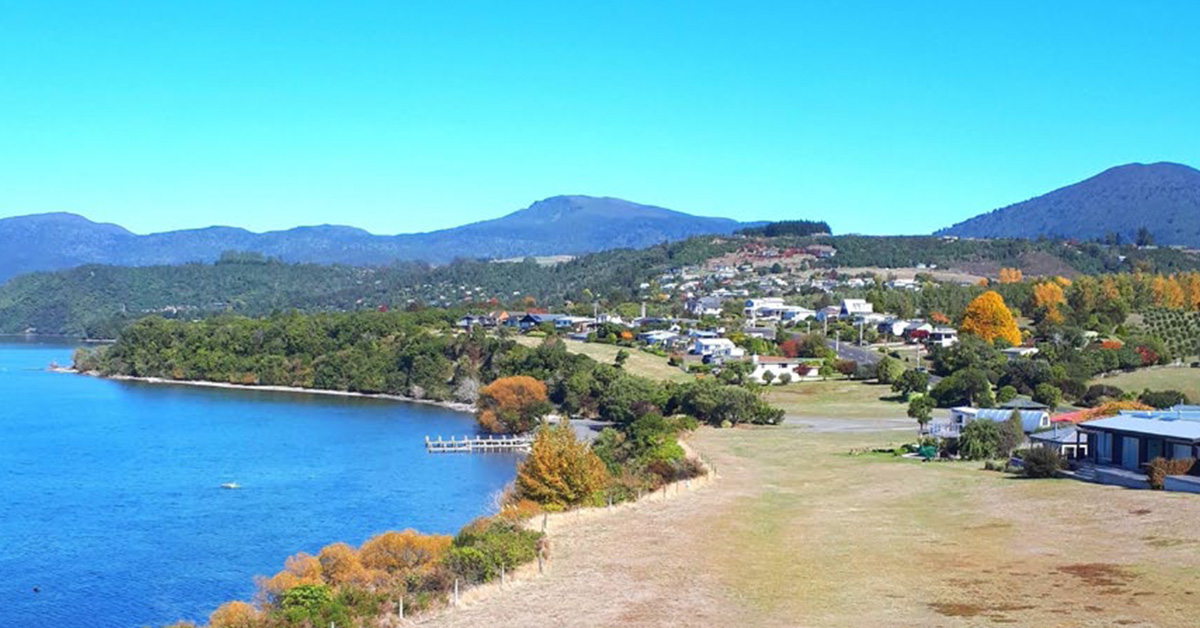 What it’s like to spend 10 weeks of solitude in a holiday town’s off season, surrounded only by empty baches.

To say Omori is a town would be an exaggeration. It’s a small settlement, nestled on the southwestern edge of Lake Taupo, about 20 minutes northwest of Turangi. When I was growing up the only thing there was a store that sold very good $1 mixes. The store remains — though on the Omori– Kuratau border there is now also a café.

Our bach sits in a long row of similar weatherboard and cinderblock dwellings, sandwiched between the road and a reserve, just above the lakeshore. The kind of location you can only get with family who bought and built in the 1950s. As a teenager, I wanted to be anywhere except Omori. The best and worst thing about having a bach is that every holiday, you’re back again.

The summer I was 14 my older brother was allowed to stay home in Wellington, which left me without anyone even to squabble with. The awkwardness of adolescence meant I wasn’t as close with the boys next door or the girls up the reserve as I had been when we were children. I missed my friends back home — to send them a text message I had to hike up the hill, hold my phone over my head, and hope it got through. That summer I went for long walks, read long books, and wrote long stories. It was a staid, conventional holiday, at a time in my life when all I wanted was to go on an adventure — or at least to a mate’s house for a go on the internet. When I was finally old enough to be allowed to stay home, I did so without a second thought. For a long time, I didn’t go back.

By 2020, now an adult, I had come to appreciate the charms of the bach — it was a familiar, reassuring presence when the rest of my life felt like it was in a state of flux. It helped that by then I could get a 4G signal. In March, shortly after Covid-19 arrived in the country, I went down for a stay — I had been living in a boarding house in Glen Innes, but being immunocompromised I feared becoming a prisoner in my own room.

I came prepared for two weeks — one to work on my master’s in creative writing through the University of Auckland, one to spend with my mother. After two weeks, I thought, they’d have figured this whole coronavirus thing out. We could get on with our lives.

Five days after I arrived, the government announced the Level 4 lockdown. I faced a choice: to stay in Omori, alone, for what could be months; to go home; or to travel to Wellington and stay with Mum. Opinions were split. There was concern I would get lonely — like many of my generation I’d never lived alone. Family or flatmates, there was always someone. And this would be more alone than usual, with the vast majority of the nearby baches and holiday homes empty.

I made up my mind to stay. The glorious, golden autumn meant working on my dissertation was interspersed with swimming in the lake and walking through the bush. I realised how much easier it is to write when you don’t have to do it in your bedroom. I had all the space I needed to edit and collate more than a hundred short stories.

There were apples to be picked, lemons to be stolen from the place next door, pears from the house on the corner. With no one in residence, I didn’t even have to be sneaky about it. From the bach there are tracks that wind around the lakeshore and up the path of the Kuratau River, through the bush heading along the ridgeline. In the opposite direction they cross the Omori River, continue to the settlement at Pukawa, and from there traverse steep terrain to a loop which takes you past tōtara and mataī trees. If I was going to be stranded anywhere, this felt pretty close to paradise.

The best and worst thing about having a bach is that every holiday, you’re back again.

I prepared for loneliness, but it never came. I felt some despondency as sport was cancelled, uni workshops moved online, and every event became a Zoom call. But the worry that the pandemic would dominate our lives forever was tempered by a secret hope — if this carried on forever, then maybe I wouldn’t ever have to leave.

What I wasn’t prepared for were the practicalities of a longer stay. I’d packed for early autumn; heavy on shorts and t-shirts and light on everything else. My puffer jacket was in Auckland. My woollen jumpers were in Auckland. I had one solitary hoodie. It was lucky I’d left my rugby bag in the car with my tracksuit and long socks inside. As April wore on, it started to get very cold.

In the back of a cupboard, I found an old bush shirt, left behind by one of my uncles around the time of the moon landings. It fit well enough, and I wore it every day. Mornings dropped to below freezing. I stopped going for early runs. As the daily high temperature fell to single digits, I stopped going for runs at all. They felt pointless — who knew when rugby would return?

With nothing to get up for, my sleep schedule shifted. I stayed up later, slept longer, and felt better than I had in years. When I stopped exercising, I started gaining weight — five kilograms, which pushed me from underweight to healthy. On Zoom calls, people began to comment on how well I looked. At night, the moon rose across the still lake and sent a wide path of silver light across the water straight toward me. At the turn of the new moon, I bundled up with sleeping bag and blankets, filled up a hot-water bottle, and went out to lie on the reserve and look at the stars.

It was so still, and so quiet, I almost forgot about the end of the world.

I tried to keep up with the change of the seasons, the way the trees all around and the paths and tracks I walked every day morphed with the advent of winter. Sometime during May I woke up and saw that the Kaimanawa Ranges were dusted with snow.

The alert levels went down, but I stayed put. Level 3 meant not takeaways, but rather that I could get the rattling in my car fixed. It was around then I wondered whether it really was possible that I could live here forever. After all, the peace wasn’t totally due to lockdown. Omori is just as serene any time other than the school holidays. Staying was a delicious fantasy, one which ended when we hit Level 2 and I needed to go back to Auckland to hand in my dissertation and find employment. There’s not much call for copywriters in Omori.

As autumn finally ticked over into winter, I left the place behind. I’d arrived in March and stayed until June — 10 weeks spent completely alone. If the idea of facing the end of the world in Auckland became too real, too imminent, at least I had one thing to hold on to. I could always go back. 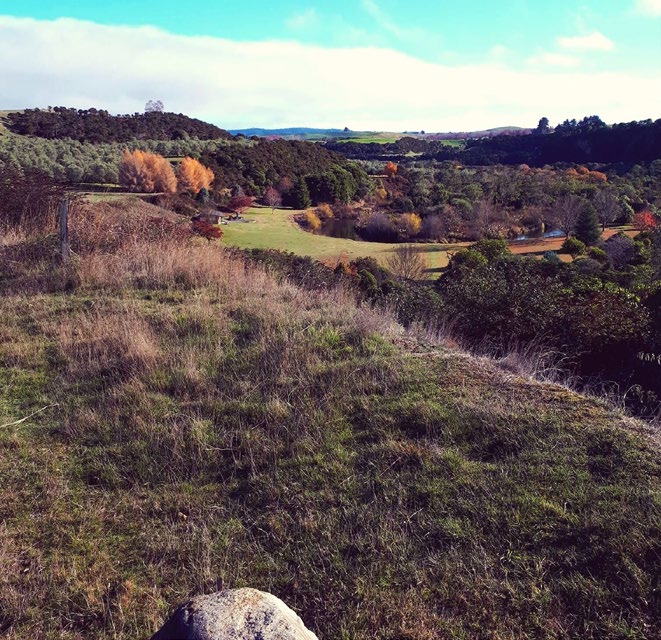 Jack Remiel Cottrell is a freelance writer who also dabbles in flash fiction. His book Ten Acceptable Acts of Arson and Other Very Short Stories was published in August.