The Cold Beneath the House 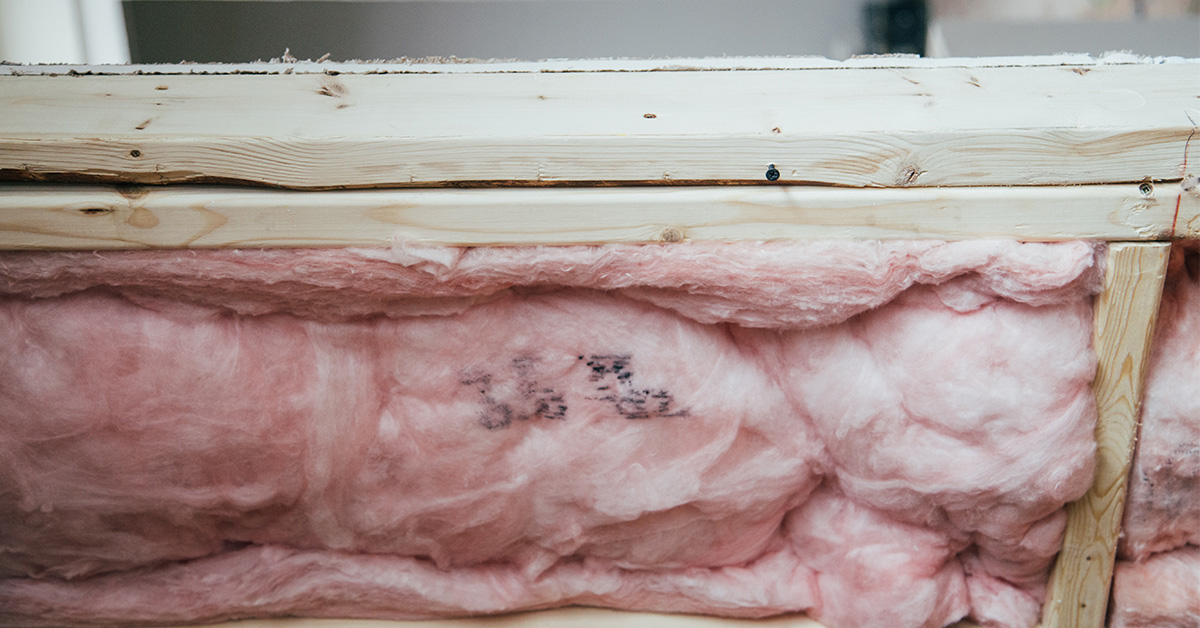 Above: Insulation between the joists. Photo: charlesdeluvio, Unsplash.

The Cold Beneath the House

Do people in other countries talk as much as we do about insulation?

So much cold came out of the earth, we could not talk about it. Was there some way to make it stop?

One Saturday, I crawled beneath my house. I knelt in the manhole the builder had cut in the wardrobe floor, shuffled my legs this way and that, performing a lonely limbo to get underneath. I did this to see if I could and, once proven, I went back again and again to install insulation. It was a horrible job. The underfloor space was cramped, claustrophobic even. Rolling over meant banging my hips against the floor joists. Aside from my head torch, the only light was the weak beams coming through the ventilation slots in the foundation, and toward these a few weeds grew — pale, thin-stemmed things like the stalk of a snail’s eye. But worst of all was the ground itself, the dry, dead earth down there. It smelt pungent and funkier than anything in the garden, the result of spending decades undisturbed by movement or light. Dragging my Pink Batts across it transformed each clean, fluffy pillow of spun glass into something ragged and dusty, like the corpse of a lost Muppet. I began to mourn the time I’d spent happily ignorant, not knowing that all this sat so close to where we slept and ate. But forgoing this ignorance was the price I’d pay to make this old house warm. Insulation, I was sure, would mean comfortable, even cosy, winters. Friends, colleagues and men at hardware stores had told me their insulation stories: tales of homes transformed. The government too was persuasive — its Energy Efficiency and Conservation Authority espouses the benefits and offers grants to those on low incomes.

Do people in other countries talk as much as we do about insulation? I suspect not. In cold countries it’s a given, with houses built to keep out the chill. We, however, were for the longest time like one of those men who wear shorts in midwinter, telling ourselves ours is a mild climate. Insulation wasn’t manufactured here until the early 1960s, and only became part of the building code 10 years later, at a time when low hydro lakes and oil shocks meant turning the heater up was no longer an option. Almost all housing before that was built without it, and as the days shorten, this becomes obvious. Heat makes its getaway. As early as the 1940s, it was reported that half of new houses in New Zealand had problems with mould. And so, we retrofit, considering our options: glass wool, sheep’s wool, polyester, polystyrene. We go to open homes asking after insulation. In my first flat, I urged the landlord to put some in the ceiling at least. Incredibly, she pretended to have never heard the word. “In-sulay- shun” she said like a tourist struggling with a phrasebook.

We were for the longest time like one of those men who wear shorts in midwinter, telling ourselves ours is a mild climate.

She will have had to learn this language as since 2019 — another late date — rentals have been required to have ceiling and underfloor insulation. We’ve wised up to its benefits. Over the years the subject of insulation has grown in the public consciousness, becoming one of the minor themes of New Zealand life. It is both subject and title of a 1979 short story by Janet Frame. In the story, a man made redundant goes door to door selling loose-fill insulation that is blown into the cavities within homes. He is at first resisted by the narrator, a prospective customer; “insulation” describes her wish to write in peace, to live separate from the world of layoffs and redundancies. For the man, though, insulation offers the chance to make a decent living. More than just a building material, it was hope itself.

For me it was something similar. At an early age I’d learnt that blankets only trap heat, they don’t create it. With insulation the temptation is to forget this, to expect heat — something helped along by the cuddly appearance of those Pink Batts, thought bubbles to my warm daydreams. After a winter in this old house, the daydreams became overwhelming. I rushed into the job, urgently pushing the batts beneath the floor joists. Each time I did, thick dust came raining down on me, over and under the cheap safety glasses I wore, causing my eyes to swell. I washed them out with no improvement, and so paid a visit to the doctors. There, I was told that dirt had scratched the surface of my eyes. As a precautionary measure, the doctor recommended I rub an ointment into my eyeball four times a day for 10 days — each part of this sentence bringing a fresh wave of horror — and, before I left, two nurses would bath my eyes again to be on the safe side.

“So what were you doing exactly?” one wanted to know.

I told her and she tutted. “You won’t be doing that again,” she said.

The easiest thing had been to agree, but there were still rooms to go. Next weekend I was at it again. This time I had the best goggles I could buy and with these fastened to my head I crawled beneath the house again, more eager than ever to get the job done and get out of that murky underfloor space for good. I’d discovered that people had used it over the years to make unwanted things disappear. Crawling about, I’d come across pieces of floorboard left behind by the builders, an unopened bottle of vodka premix, a business card wallet full of contacts for men at the Meat Board, coils of wire, the hotplate from a stove, a container of wasp poison with a label that recommended eating a tablespoon of mustard powder to induce vomiting if taken, and a rusted-out chamber pot. And of course, there remained that dirt smell, which hit me every time I took the cover from the manhole, prompting thoughts of Dracula, and the count’s Transylvanian crypt, from which “came a deathly, sickly odour, the odour of old earth newly turned”.

It came as a relief to replace the lid on the manhole for the last time. The job was done. I went to bed, pleasantly exhausted by my labours. Except that, on closing my eyes, I saw the underfloor space still. I lay there waiting for the cold to rise from the dead earth, Dracula awakening. This time, though, it would come up against another layer, a pink, fluffy layer. Hope spread thick beneath me. This time, I had said to the warmth, please can’t you stay?

John Summers is a North & South contributing writer and essayist.

This story appeared in the June 2022 issue of North & South.