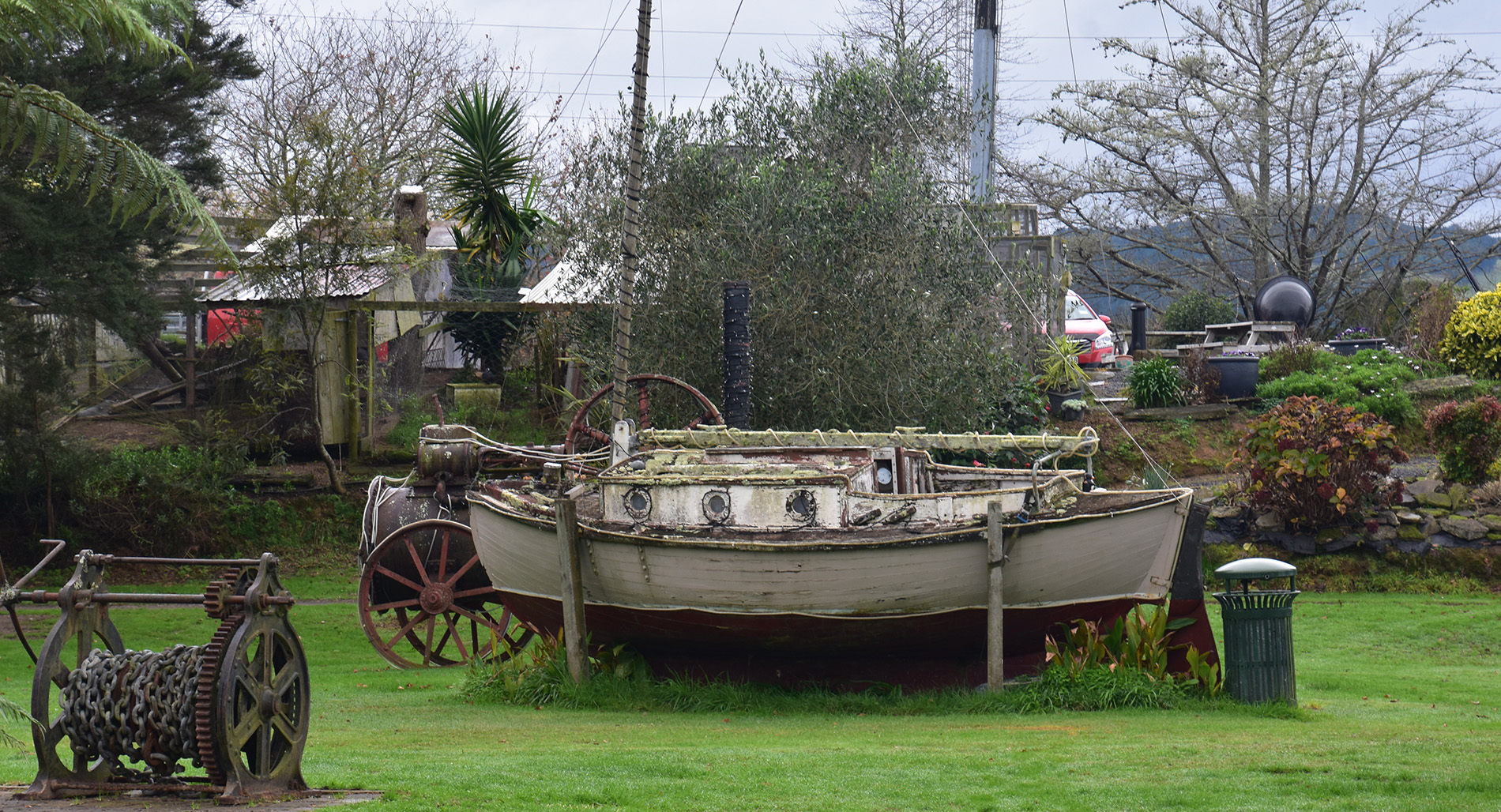 A home for all things nautical, this Paeroa institution is part Museum, part resting place for resurrected vessels.

Like many motorists, while hurtling along State Highway 2 just outside of Paeroa I’ve often noted some curious masts, wheelhouses and boat bits, but kept on driving. This time was different. I needed to find information on the Owhiti, a flat-bottomed coastal trading scow, and her legendary skipper, Jock McKinnon. The Owhiti serviced Aotea / Great Barrier Island for many years and I needed stories about her and McKinnon for a book I was writing, Tales of Great Barrier Island. Here seemed like a good place to start.

A group of older men was clustered around the reception desk at the front of a crowded old building, coffee cups steaming. “Well,” one of them says when I enquire. “I think Peter sailed in her — I’ll give him a ring.”

Not long after the call was placed Peter duly arrived — a stocky, sprightly senior with a face wrinkled by a lifetime of laughing and seafaring. We had a long, delightful yarn about Owhiti, Skipper McKinnon, scows and scowmen.

Conversation soon gravitated toward our location, the Historical Maritime Park and Museum, just north of Paeroa township near the junction of the upper Waihou and Ohinemuri rivers.

The first Maori plied a river variously called Ohinemuri and Waihou in great oceangoing waka long before Europeans arrived. Then, in November 1769, James Cook sailed a cutter to Netherton, seven kilometres north of Paeroa, and described a deep waterway lined with giant kahikatea trees. He named the waterway Thames. The river’s name reverted to Waihou in the 1900s and a wharf was built at Paeroa to handle ships carrying freight and passengers for the burgeoning gold-mining industry on the Coromandel Peninsula.

Paeroa became, and remains, New Zealand’s most inland seaport; a remnant of its shipping heyday was the paddlewheel steam tug Kopu. In the late 1970s the Paeroa Historical Park Society was formed to salvage the derelict old river workhorse. The section of riverbank near the port was overgrown by gorse and littered with rubbish when the group took up residence in the Ministry of Works workshop and slipway facility.

Membership grew steadily and in 1980 the society was given the disused Waitekauri Post Office. With the help of grant money it was relocated and refurbished and opened as an office and museum. A motley armada of vessels made their homes at the park — often their last resting place.

The museum’s collection includes an ornate toilet bowl from the Elingamite, donated by diver Kelly Tarlton who retrieved it during a dive in 1967.

Two decades later the Historical Park Society had an ageing membership and the maritime park was in a parlous financial situation — it badly needed new skills and energy. In fact, the whole operation was heading downhill at a rate of knots until a member invited Colin and Gloria James to the 2008 annual general meeting, after which the park turned a corner. The Jameses had been running a tool shop in Paeroa and introduced management skills and entrepreneurship to the foundering park. Though neither had maritime experience or skills, they knew how to manage money and get the best from their volunteers.

The grounds were cleaned up and buildings repaired — mostly by voluntary labour and only with the most meagre funding, supplemented by help from Paeroa’s business community.

“It really is Paeroa’s museum,” trust secretary Gloria James says. Everybody helped: businesses, the Lions Club, Rotary. The council allotted money to rebuild the roof. Inside the museum, there’s a collection of navigational instruments like sextants and compasses. An ornate toilet bowl from the Elingamite, donated by diver Kelly Tarlton, prompts a visitor to pause and consider the shipwreck which caused the loss of both the ship and 45 passengers one foggy morning at West Island in 1902. Tarlton retrieved the bowl during a dive down to the shipwreck in 1967.

I open a door, and a portrait of Captain Galloway, a former Wellington harbourmaster, stares implacably back at me. I remember the time he’d given me a thorough dressing-down for playing silly buggers in his harbour with the garbage scow Success, and my ears burn.

In 2009, the Jameses bought a diesel-powered paddlewheeler, Tamati, which was used for promotional work and river trips. She is now part of the Hauraki Rail Trail — cyclists or walkers can travel out from Paeroa, load their bicycles aboard and get dropped off at the rebuilt wharf in the town.

Campervans can park at the site to use the facilities provided for them, but the only other residents are two families of Pekin ducks. “The chicks get predated on by pukeko,” Gloria says. “We catch them and put them in cages — with their mothers — until they’re old enough to defend themselves.”

Colin and Gloria retired from their tool shop in 2014, becoming full-time volunteers at the museum. Funding was found for a full-time archivist to label and research all the existing artefacts at the museum, supported by Te Papa and Waikato Museum advisers.

The Historical Maritime Park and Museum has a peaceful and restful other-world ambience. Just 150 metres away, traffic roars past, zipping noisily towards Auckland and Tauranga. But it’s a world away from the tranquillity here. 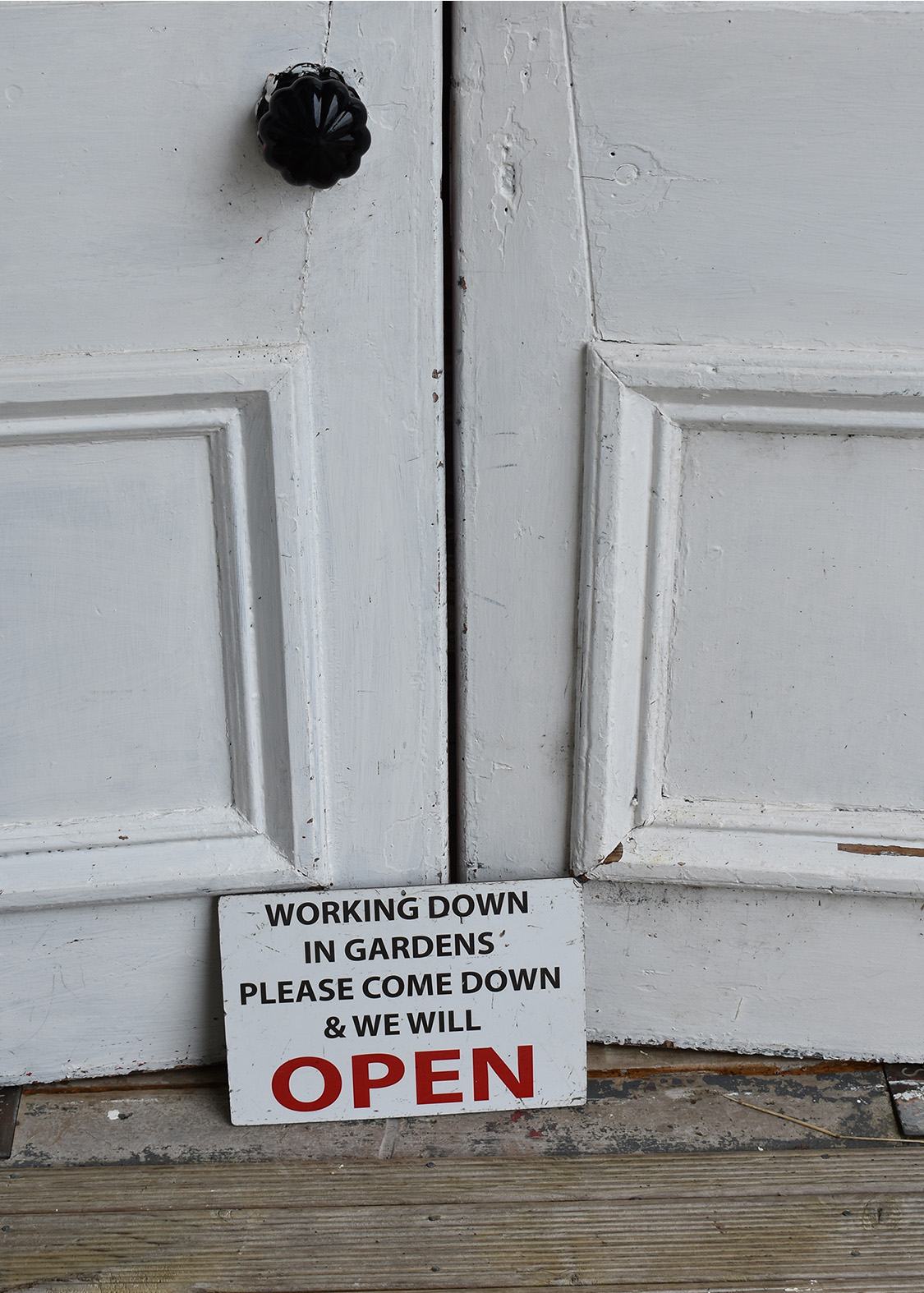 Lindsay Wright is a maritime writer, author of three books and certified shipmaster.