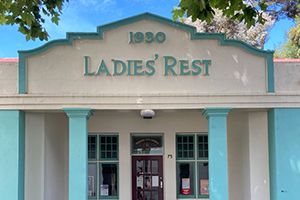 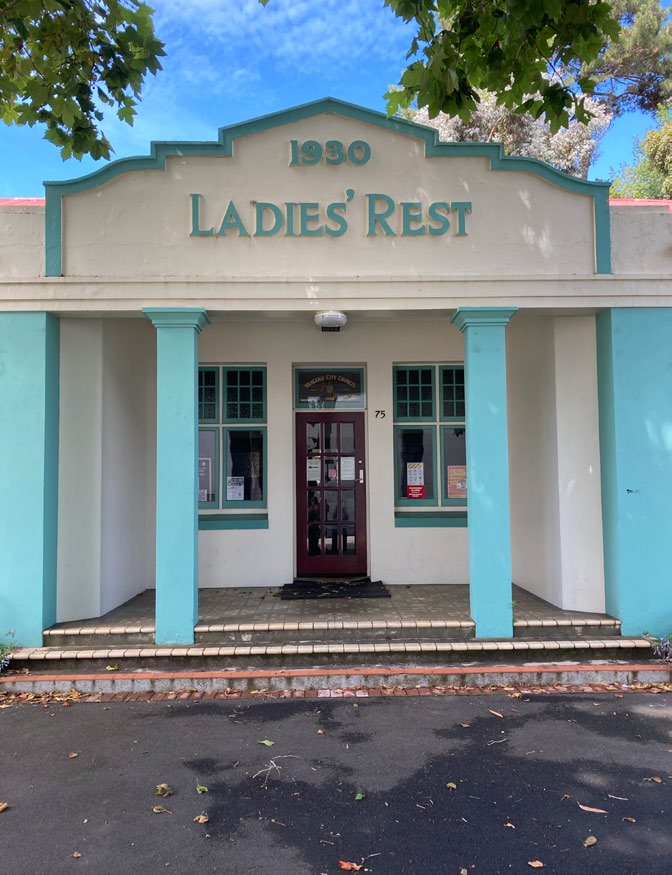 Arguments over public toilets are a recurring flashpoint in the fight for trans rights. As it turns out, these facilities have been places of contention for many marginalised groups throughout history.

The fight over trans rights is in the news again. New Zealand weightlifter Laurel Hubbard has become the first transgender athlete to be selected for the Olympic Games. Jacinda Ardern has congratulated Hubbard, but some critics of transgender rights have complained that she does not belong in a women’s team. For most trans people, the struggle for social inclusion occurs on smaller stages. Public toilets are one of the places where their rights are frequently contested.

Transgender people complain of being stared at, sworn at, and even beaten up while trying to use restrooms in our country. Transgender women, especially, get a hard time in public toilets. They report being accused of voyeurism or stalking, and of transitioning for the express purpose of infiltrating women’s toilets.

Some politicians and religious leaders stoke paranoia about this subject. The Christian lobby group Family First has claimed that transgender people are suffering from a “gender dissatisfaction” that makes them falsely believe they were born in the wrong bodies. Family First warns that efforts to allow transgender people access to the toilets they want is part of a “gender agenda” which is harmful to children.

New Zealand’s public toilets have long been sites for fears and fantasies. Our first public rest rooms were built in the 1860s, in an effort to clean up colonial towns. Back then, Dunedin was the country’s largest urban centre, and was often filled with visitors on their way to Otago’s goldfields. Dunedin appears to have led the country in filth levels as well as population. In 1864, the Otago Daily Times reported that “extensive middens” had risen in the flax bushes on the edge of town, and suggested that they would fascinate any scientist who wanted to study “matter in an advanced state of decomposition”. Scores of Dunedinites were prosecuted in the 1860s for “exposure of person”, after they had sought relief in flax bushes or gutters.

Sociologist Annabel Cooper has studied early Dunedin’s sanitary problems. She argues that the filth of the city would have horrified settlers, because it would have reminded them of the grotty civilisation they had fled. Nineteenth-century British cities were infamous for rivers of sewage and skies of soot. Settlers knew that dysentery and cholera and other diseases thrived in the filth of places like London and Glasgow.

It is likely that piety, as well as a desire to stop disease, motivated the building of our first public toilets. Nineteenth-century Christianity saw filth as a sin, and as a gateway to other, graver sins, and many whites associated other races with dirt and depravity. In 1900 New Zealand was briefly threatened by an outbreak of bubonic plague that had travelled from India to Sydney in ship rats. In a sermon at Auckland’s Knox Church, Presbyterian minister Hugh Kelly brought together racism, religion, and mysophobia. Kelly explained that “filthy physical habits and filthy moral habits” went together, and claimed that god was using the plague to “preach” to the heathen, unclean Indians.

The country’s first public toilets resembled small cottages; they normally had room for two or three cubicles and a urinal. Soon more salubrious toilets, with tile floors, wash basins, and half a dozen or more cubicles, began to appear in the larger towns. They were modelled on the those in London’s underground, and were often built below ground. An attendant usually worked at these larger toilets.

It was only at the end of the 19th century that women began to get their own public toilets. Colonial New Zealand was a very patriarchal society, and public places were dominated by men. Without access to toilets, rural and suburban women had found it very difficult to visit the centres of our large towns, but there is little sign that this bothered the men who knew them. By the 1890s, though, women had won the vote, and were increasingly working outside the home. Both businesses and local councils began to create facilities where women could not only relieve themselves but sit down and rest and tend to babies.

But women’s restrooms soon became a source of anxiety for Pākehā, who noticed that they were sites where racial mixing took place. In the first decades of the 20th century, the Māori population started growing again, after a terrible decline, and more Māori began to move from the rural ghettoes they had been given after the New Zealand Wars into towns. When Māori women began to use the rest rooms there, white people were alarmed.

In a letter to the King Country Chronicle in 1928, a correspondent calling herself Countrywoman made typical complaints. While visiting Te Kuiti to do some shopping, she had discovered “several Maori women and children” in the restrooms. The place “reeked” as a result. The facility had been “built by white people for the use of white women”, and Māori should be “strictly debarred” from it.

In some towns, women’s organisations lobbied for the exclusion of Māori from restrooms. In Tauranga, for instance, the local Women’s Institute complained to the council in 1932 about the “cigarette butts” and “Maoris” that had infiltrated their toilet. In a report the following year, the mayor stated that the “rest room is not supposed to be used by Māori women” and lamented the fact that they were visiting it. By the end of the 1930s, Tauranga was operating two women’s restrooms — one for white women on Spring Street, and another for Māori near Commercial Pier. But racism could be expensive: in 1947 the city’s council complained about the cost of the rooms, and asked for financial relief.

In 1949, Brown warned about the system of apartheid that had just been imposed in South Africa, and asked how a sign saying “Maoris Not Allowed’ would look “in 50 years’ time”.

Sometimes the central government became involved in segregating toilets. The Ministry of Native Affairs helped Pukekohe’s councillors design a “Native Rest Room” in 1938; it catered to men as well as women. When the council advertised for a restroom attendant in the Franklin Times, it warned that “Pakeha males only need apply”. Pukekohe’s Māori rest room appears to have included some sort of meeting space, and white leaders seem to have hoped the facility would remove Māori from other parts of their town. At a meeting in 1939, the town’s council resolved to ask police to remove Māori from King Street, where they were “selling watermelons from a lorry” and making a “dreadful mess”. A councillor named GH Armstrong explained that “the rest room was erected” to “take Maoris off King St”.

Māori always resented segregation, and by the late 1940s, some Pākehā agreed with them. In 1949, Cook County Council discussed creating whites-only restrooms for women in Gisborne. George Brown, who was a councillor in neighbouring Waikohu, wrote a letter of protest. Brown said that all Māori and a “big section of Pakeha” in Waikohu opposed segregation. He asked whether Gisborne’s leaders would dare deny the use of a toilet to “Maori war widows whose husbands were killed overseas”. Brown warned about the system of apartheid that had just been imposed in South Africa, and asked how a sign saying “Maoris Not Allowed” would look “in 50 years’ time”. Brown was a prophet. In the 1950s and 60s, the formal segregation of toilets and other facilities slowly disappeared from New Zealand towns.

Homosexuals were another marginalised group in colonial New Zealand. In 1867, Parliament in Wellington passed a law against “the abominable practice of buggery”. If they wished, judges could sentence buggers to “penal servitude for life”. In 1893, the same year it gave women the vote, parliament allowed the flogging of any male found guilty of sex with another male.

Threatened by the state and deprived of the places where heterosexual couples could meet and court, many gay and bisexual men resorted to furtive encounters in public toilets. Filmmaker and scholar Welby Ings has been studying the unique argot that New Zealanders men developed in the 19th and 20th centuries, as they used restrooms to meet each other and avoid cops. Wells has published a dictionary of this “Bogspeak”: reading through it, we enter a secret part of New Zealand’s past. Visiting rest rooms for sex was called “bog trolling”; a trail connecting bogs was known as a “beat”, or a “milk route”. “Peggers” were sentries placed outside restrooms, to warn of the approach of “demons” — that is, cops. A toilet cubicle was a “chapel”. To be thrown out of a rest room was to be “dethroned”.

Popular toilets got their own names. The one in the basement of Auckland museum was known as “the Catacomb”. The restrooms in Auckland’s Domain were called “Glow Worm Grotto”, because of the burning cigarettes that could be seen moving quietly towards them at night.

“Ferracadoza” was the most sinister entry in the Bogspeak lexicon. It referred to a man who had died suspiciously in or near rest rooms. On a summer night in 1964 Allan Aberhart became a ferracadoza. Aberhart was 37. He had been jailed for three months in 1963 for having consensual gay sex in a toilet. He was visiting Christchurch when six young men ambushed and kicked him to death near Hagley Park’s restrooms. When the youths were tried for manslaughter, they admitted striking Aberhart, but claimed he had “accosted” them first. They were acquitted. In a commentary on the case for his magazine the Listener, Monty Holcroft suggested that Aberhart’s attackers had been “looking for excitement, and believed their victim to be fair game”. Holcroft argued that “New Zealand’s unhealthy concern” with sexual minorities had made the crime possible. The experiences of transgender people show that some of this unhealthy concern persists today. 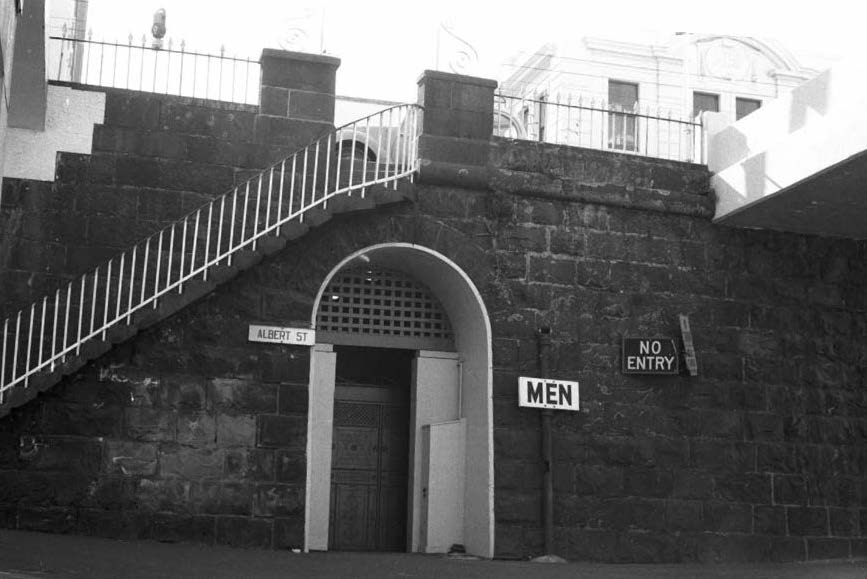 Scott Hamilton is an historian and author of Stolen Island.