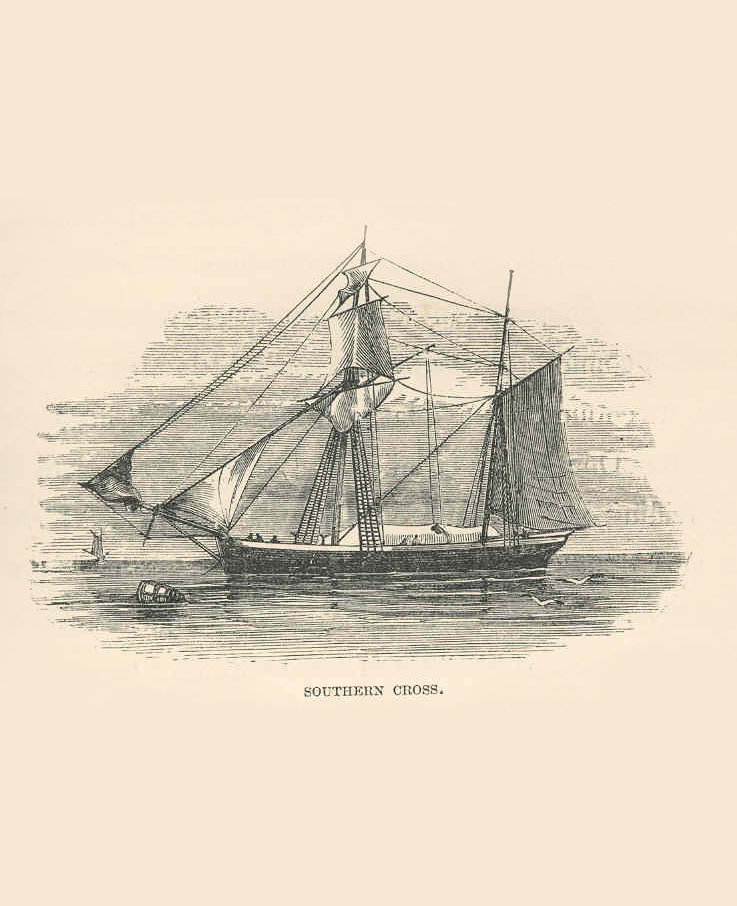 The troubled history of imported labour in the Pacific.

In 2019, I revisited Clarks Beach, the village on the Manukau Harbour where I learned to swim as a kid in the 80s. Back then, the place was mostly populated by retired Pakeha farmers. On regular trips to the fish and chips shop, I’d hear them chatting about dairy subsidies and courgette prices.

In 2019, though, I found the same fish and chips shop full of young men speaking in Bislama, the Melanesian language that mixes archaic English words like piccaninny and savvy with an indigenous grammar. Melanesian and white teenagers kicked a soccer ball round a park. The flag of Vanuatu, with its curved pig’s tusk in a golden triangle, flew above the motor camp. Scores of Ni-Vanuatu were living in Clarks Beach. They told me that they came from the island of Erromango, in the far south of their archipelago, and that they were working for six months at a local orchard. Many were spending their second or third working season in New Zealand.

Since the Recognised Seasonal Employer (RSE) scheme was introduced in 2007, tens of thousands of Pacific Islanders have come to New Zealand to plant and pick fruit and vegetables and do other demanding work, transforming rural communities like Clarks Beach in the process.

RSE workers are bonded to their employers; they cannot leave their jobs without leaving New Zealand. They are paid only the minimum wage, and have little chance of becoming permanent residents or citizens, even if they have spent years working here. Complaints of mistreatment are common. Last winter, Newsroom obtained a secretly recorded video of the manager at a Hawke’s Bay business threatening a group of migrant workers who had been kept for weeks after their job had ended without any means of supporting themselves.

The RSE scheme was suspended for months during 2020 because of the pandemic, but it has now resumed, and in 2021 at least 7000 Pacific Islanders will be working in New Zealand. As usual, more than half of them will come from Melanesia — specifically, from Vanuatu and the Solomons.

After the South’s defeat in the American Civil War, hundreds of Confederate refugees landed in the South Seas, seeking a new supply of slaves.

Melanesia is a part of the Pacific that few New Zealanders know well. The region stretches from Vanuatu in the east to Timor- Leste in the west, and also takes in New Caledonia, the Solomons, Bougainville, Papua New Guinea, and West Papua. It is the most linguistically rich place in the world. Vanuatu alone has at least 108 languages, yet only a quarter of a million inhabitants.

This linguistic diversity reflects the distinctive way that Melanesian society is organised. Whereas Europe and Polynesia centralised societies — chiefdoms, kingdoms, empires — in Melanesia people have traditionally lived in small groups without hereditary chiefs or kings, collaborating with neighbouring groups on a negotiated, ad hoc basis. Although Christianity has spread throughout much of Melanesia, in many societies old gods and goddesses coexist with the newer deity.

In the RSE era, New Zealand is renewing an old connection with Melanesia. This connection has been forgotten by many Kiwis, but it is remembered by the people of Mota, a small, tear-shaped island in the far north of Vanuatu. On the northern coast, near the village of Veverao, there is a sacred place, once inhabited but now covered by coconut trees. The place is called Kohimarama, and the unlikely story of this outpost of New Zealand reveals a lot about our country’s tragic involvement with Melanesia in the 19th century.

In 1857, a strange vessel sailed through northern Vanuatu’s islands. It was the Southern Cross, and it carried John Coleridge Patteson who would soon be the first Anglican bishop of Melanesia. A great-nephew of the poet Samuel Taylor Coleridge, Patteson had studied Arabic at Oxford, then journeyed south to civilise the “heathen” peoples of the Pacific. He was recruiting students for the mission school he was founding in the Auckland suburb of Kohimarama.

One of Patteson’s recruits was a young man named George Sarawia. Sarawia shivered in the cold of Auckland, but proved a brilliant student at the school of scoria stone buildings on Auckland’s waterfront. Soon he found himself teaching the teacher about the languages, religions, and history of Melanesia. The bishop came to realise that an intricate civilisation existed in what he had considered a region of satanic darkness. In letters to relatives and supporters in Britain, Patteson criticised efforts to “denationalise” Pacific Islanders and turn them into “English Christians”. “We ought to change as little as possible,” he said in one letter to an uncle. Unlike many missionaries, Patteson did not ask the people he met to adopt Western dress, or to abandon their dances and festivals. By the time he died, Patteson could preach in 23 of Melanesia’s languages.

In 1869 Sarawia returned to Mota Island permanently and founded a village he hoped would be a model for the Pacific. He named it Kohimarama, in homage to his time in Auckland and his friendship with Patteson, and intended it as a place where European and Pacific ideas and practices could co-exist. Sarawia would soon be made a Christian minister, but he also joined Mota’s suqwe, or secret society, whose members met in a sacred hut to take guidance from the spirits of their ancestors. Patteson and other supporters helped Sarawia dig gardens and raise houses.

By 1869, Mota was an island of peace in an ocean of strife. The American Civil War had ended four years earlier with the defeat of the Confederates and the emancipation of slaves. As Lincoln’s army burned the crops and mansions of southern plantation owners, it created a diaspora of ruined and unrepentantly racist Confederates.

Hundreds of Confederate refugees soon landed in the South Seas, where they bought or stole land, planted cotton, sugar, and tobacco, and sought a new supply of slaves. Australasian mariners were only too happy to abduct islanders for American clients. They targeted Melanesia, which had not yet been colonised by European power. Often slavers pretended the islanders had signed a “contract” to work as bonded labourers.

The planters paid well for slaves. An adult male could fetch nine pounds; women and children could change hands for six. Slaving became known as blackbirding; slavers were blackbirders. Queensland was nicknamed “the second Louisiana” for the sugar plantations where slaves worked. Confederate planters on Fiji founded a branch of the Ku Klux Klan to terrorise locals unwilling to pick cotton for free.

The slave raids prompted bloody and ingenious resistance. When tall ships appeared, young men learned to hide in waiting with bows and spears and darts for exhausted white men.

Melanesians sometimes pretended to be eager to sail away from their islands. Smiling, they climbed aboard the small boats that slavers sent through reefs and estuaries. On the decks of the big ships they pulled tomahawks from under their skirts and slew the slavers. Blackbirding was a lucrative occupation, but it was also a dangerous one.

Some fearful slavers began to impersonate the only white man who was widely liked in Melanesia. They would anchor off islands that had been visited by Bishop Patteson, don black garments, hold Bibles aloft, and wait for locals to paddle or swim towards them.

After hearing about his imitators, the bishop of Melanesia became a meticulous and ferocious opponent of the slave trade. He collected stories of raids, chains, and whippings, and wrote long memoranda to the governments of Australasia and Britain. In 1870 Patteson was visiting Auckland when a schooner called the Lulu docked there and discharged 27 men from Vanuatu. The Lulu’s captain admitted that the men had been taken against their will. Several newspapers condemned the shipment of slaves, and New Zealand’s parliament debated the matter, but the men from the Lulu were soon working in flax mills and on the estate of a wealthy Auckland businessman. A horrified Patteson renewed his protests.

In September 1871, Patteson landed on Nukapu in the northern Solomons. Nukapu covers nearly three quarters of a square kilometre, and is surrounded by a lagoon and a reef. In the months before the Southern Cross arrived, the island had been repeatedly raided by blackbirders. Nukapuans were not happy to see another exotic ship.

Patteson crossed Nukapu’s reef in a Melanesian canoe given to him by some of his students. Hours later he drifted back towards the Southern Cross on the same vessel. There were arrows and axe marks in his torso, and the right side of his face had collapsed. The bishop was Nukapu’s message to the white world. Patteson became the first Pacific martyr of the Anglican Church.

After Patteson’s death, Mota Island’s Kohimarama declined. Patteson’s successors lacked his tolerance; they criticised Sarawia for his membership of the suqwe on Mota and his lack of interest in Anglicising his people. Slavers continued to prey on Pacific Islanders for years after Patteson’s death. Britain colonised Fiji in 1874, and began to bring indentured labourers from India to work the archipelago’s sugar plantations, in place of the Melanesians supplied by blackbirders. The indenture system lasted until 1919, when protests from Mahatma Gandhi and other Indian leaders forced its abolition. In 1906, Australia banned non-white labour from its canefields, stopped blackbirders’ shipments, and tried to deport the ex-slaves who had made lives for themselves in Queensland.

Mota Island’s Kohimarama was eventually abandoned, but in the 1950s the Melanesian Brotherhood, an Indigenous-led Anglican Order, established a settlement at the northern end of Guadalcanal. They called it Kohimarama, in homage to Patteson and Sarawia, and in the 1970s the Bishop Patteson Theological College operated there.

Under the RSE scheme, New Zealand’s connection to Melanesia is growing once again. As the abuses uncovered last year in Hawke’s Bay show, though, Bishop Patteson’s condemnation of unfree labour and call for racial tolerance remains as pertinent today as it was in 1871.

Scott Hamilton has a PhD from the University of Auckland and has published books about the Pacific slave trade, Great South Road, and British socialism.

This story appeared in the February 2021 issue of
North & South.