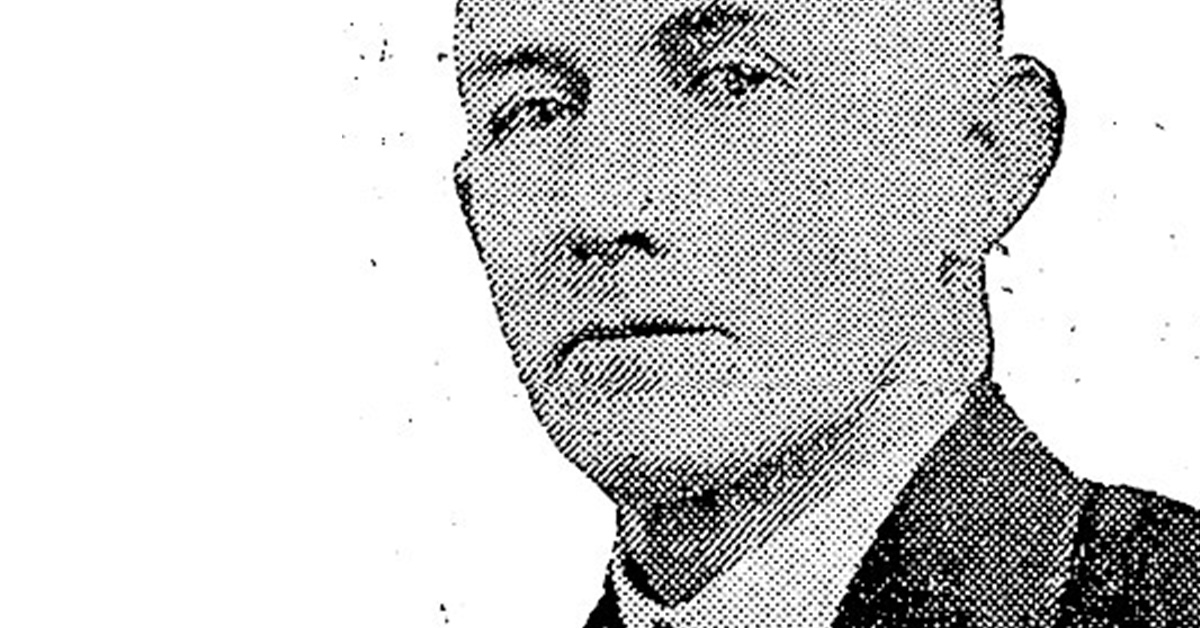 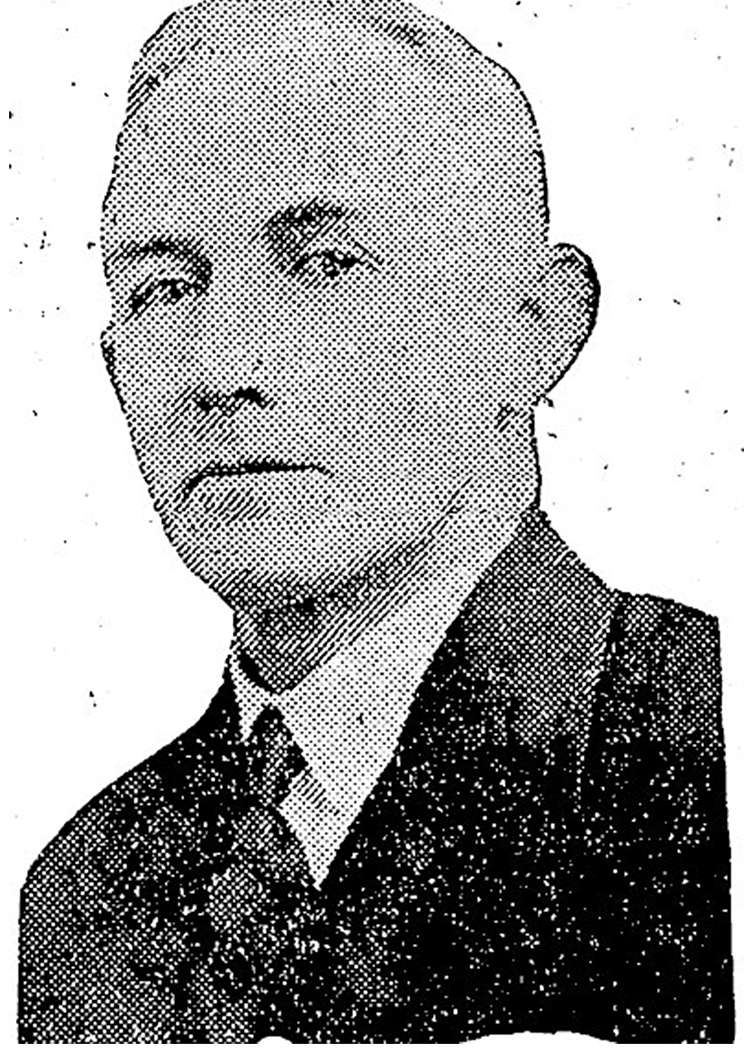 Destiny Church leader Brian Tamaki is making headlines for his repeated defiance of Covid-19 restrictions (and his own bail conditions). His style of Christianity recalls another bombastic preacher, the early 20th-century evangelist Arthur Dallimore.

You could say Covid came at a good time for Brian Tamaki. Membership at Destiny Church, of which he is the founder and leader, has been in decline for the past 20 years, peaking at 5000 in 2003, falling to 3000 by 2012, and dwindling further since. Vision New Zealand, the political party Tamaki founded with his wife Hannah, received just 0.1 per cent of the vote in last year’s general election. The media has reported at length on Tamaki’s luxurious lifestyle, showing the expensive homes and late-model motorbikes paid for by his mostly working-class followers.

Despite he and his wife’s ritual “slamming” of negative media coverage, Tamaki likes attention — and he has received a lot of it in 2021. Helping to organise and lead a series of demonstrations against lockdown regulations and vaccination mandates in the wake of the Delta outbreak has meant that thousands of New Zealanders who were indifferent to Tamaki’s sermons now consider him a hero. Anti-vaxxers have flocked to his protests, and have condemned his arrest for flouting rules against mass gatherings.

Tamaki preaches that godliness is the best protection against Covid-19. In a 2020 sermon, he told Destiny Church members that they “needn’t fear” the disease, because Christ had given them power over “pestilences, pandemics, and plagues”. For Tamaki, Covid is caused by sin. The disease is a sign, he has repeatedly said, that the world has “strayed from God”. Plagues are “judgments on nations”, and New Zealand — with its toleration of homosexuals and non-Christian faiths — was overdue for judgement.

Tamaki’s words and deeds have alarmed many New Zealanders. Anglican vicar Helen Jacobi has called his approach to Covid “very dangerous”, and Tamaki’s own iwi, Ngāti Hikairo, has urged him to “follow science” and give the “right advice” to his flock.

Some commentators consider Tamaki a symptom of the internet era. He’s certainly adept at using new technology to spread his message. He turns to social media platforms like Twitter and Facebook to evangelise, and livestreams his sermons. Many Destiny Church members found their faith online. But Tamaki’s bombastic style of Christianity existed long before geeks wired the world to the internet. Back in the 1930s, during another period of crisis and uncertainty, a faith healer and preacher named Arthur Dallimore forged a career at least as spectacular and lucrative as Tamaki’s.

Born in England, Dallimore migrated to New Zealand in the 1890s before migrating again to Canada in 1911 where he ran several unsuccessful businesses, suffered a nervous breakdown, encountered the then-famous healer Charles Price, and converted to Christianity. Soon after, Dallimore “discovered” his own healing powers. Upon meeting a medium who had been possessed by a demon she had unwittingly summoned at a séance, Dallimore cast the demon out, thus beginning a new career.

In 1927 Dallimore arrived back in New Zealand and set up Revival Fire Mission, an evangelical-style church. He and his wife Ethel travelled from town to town and hall to hall, holding services that combined entertainment with healing. While Ethel thumped a piano and sang, Dallimore invited audience members on to the stage. He rubbed “sacred” oil on their foreheads, prayed for them, and watched them fall to the floor. They had, Dallimore explained, been “slain by the spirit” he channelled. Some of the prostrate worshippers lay still; others writhed or twitched. When they rose from the stage, many audience members proclaimed themselves freed of disease or injury. Dallimore claimed to be able to cure anything from head colds to cancer.

The minister also preached from his body-strewn stages. A British Israelite, Dallimore believed that the Anglo-Saxon peoples were a lost tribe of Israel, that the British royal family was descended directly from Moses and King David, and that the British Empire was divinely ordained. Today British Israelism is virtually extinct in New Zealand, but in the first half of the 20th century the creed was very popular here, and indeed throughout the white settler colonies of the empire. William Massey, who led New Zealand through World War I, was a British Israelite; so was Lord Jellicoe, who was governor-general after the war. When British and Anzac troops captured Jerusalem from the Ottoman Empire in 1917, Massey and Jellicoe and many other British Israelites believed that God was restoring the ancient capital of the lost tribe to its rightful owners.

After the Wall Street crash of 1929 and the beginning of the Great Depression, Dallimore’s audiences grew. For people thrown out of work and into poverty, he offered hope. Revival Fire meetings filled Auckland’s Town Hall and its St James Theatre and Dallimore began to dress his followers in white, holding mass baptisms for them. One newspaper described “train-loads of white-robed pilgrims” arriving in Auckland for a dunking at the city’s Tepid Baths. At a meeting at St James in 1932, Dallimore boasted that he could cure unemployment as easily as disease. He had, he announced, prayed for a man who had been out of work for two years; the man immediately got a well-paid job.

Dallimore’s healing powers extended to the animal kingdom and to modern mechanical devices. At meetings he claimed to have resurrected a rooster and healed a paralysed cow called Dolly. He began to distribute “holy handkerchiefs”, which he had prayed over. It was claimed that when one believer laid a Dallimore handkerchief over a broken car engine the vehicle was restored to health. In 1938 Dallimore opened his own church, a strange stone building in Otahuhu. Its design had been inspired, one newspaper report explained, by the Great Pyramid of Giza (British Israelites believed that Egypt’s pyramids had been the work of the lost tribe of Anglo-Saxons).

Like Brian Tamaki, Dallimore was dismissive of conventional medicine. He refused to pray for people who were seeing doctors for their health problems. He noted that the ancient Greek term for sorcery, w, was the root of the word “pharmacy”, and considered all medicines to be Satanic. In a 1937 article for his Revival Fire Monthly magazine, Dallimore called on “the whole of New Zealand” to “renounce the entire medical system” and “put a childlike, sincere, and simple faith” in Jesus. If this happened, then the country would see “an astonishing transformation”, and “sickness and misery” would vanish.

Also like Tamaki, Dallimore had many detractors. Hecklers were removed from his services by sturdy stewards. In 1932 a committee of mainstream ministers, doctors and academics investigated 43 of Dallimore’s alleged miracle cures and found no evidence for any of them. In his autobiography, the New Zealand poet and historian Sir Keith Sinclair describes how his friend, the philosopher Dick Anschutz, went to one of Dallimore’s Town Hall meetings, determined to test the holy man’s powers. Anschutz went on stage, but stayed standing while others around him fell down. Then he felt a weight on the back of his legs. A steward was tackling him from behind. Anschutz fell down.

Dallimore too lived a lessthan- frugal existence. He drove expensive cars, one of which he was convicted of speeding in after driving at twice the legal limit near a hospital. Respectable opinion was also offended by the almost sexual quality of Dallimore’s services: newspapers complained about women thrashing about on stage, with their skirts or dresses riding up above their knees, their knickers exposed to audiences.

In 1931, the poet and novelist Robin Hyde met Dallimore while working as a journalist; she’d been sent to interview the “miracle man”. But a Hyde had a personal interest in Dallimore’s work: she suffered from chronic pain in her knee, and had been dependent for years on opiates. Hyde described Dallimore as a “rather good-looking man” with “fine blue eyes”. But, she complained, his boasts grew steadily more preposterous. When Dallimore said that he had raised a woman from the dead, Hyde asked to meet the woman. The woman lived in San Francisco, Dallimore explained. Hyde decided not to let Dallimore pray over her knee after all.

Another writer visiting in the same year had a different experience. Journalist Mary Macpherson went to one of Dallimore’s services hoping to be cured of lumbago, which was an ill-defined malady connected to lower back pain. Macpherson was impressed that Dallimore was wearing what she described as an “ordinary lounge suit”, rather than robes. As Dallimore talked from the stage she saw an aura form above his head, growing steadily brighter. The healer called her to the stage and made the shape of the cross with oil on her forehead; she collapsed. The next day Macpherson threw away her walking stick.

Dallimore’s mass following did not last. His theology became more and more heterodox, until he denied the existence of the Trinity. He began to make fantastic and very specific prophecies, which were not confirmed by events. When Edward VIII succeeded his father in 1936, Dallimore proclaimed that the end of history was near. The new king would never marry, Dallimore said; he would be “the bride of Christ”. Edward would expand the British Empire until it covered the entire world, defeating the “rat” peoples of Asia who threatened white civilisation. With god’s kingdom secure on earth, Christ would return. By the end of 1936, though, Edward had deserted his throne. In 1937 he married an American divorcee.

Through the 1940s and 50s Dallimore’s flock dwindled. By the time he retired in 1957 Revival Fire Mission had a mere 40 members. His own wife had departed the fold, converting to Anglicanism. But Arthur Dallimore is worth remembering. He reminds us that irrationality and megalomania are much older than the internet. 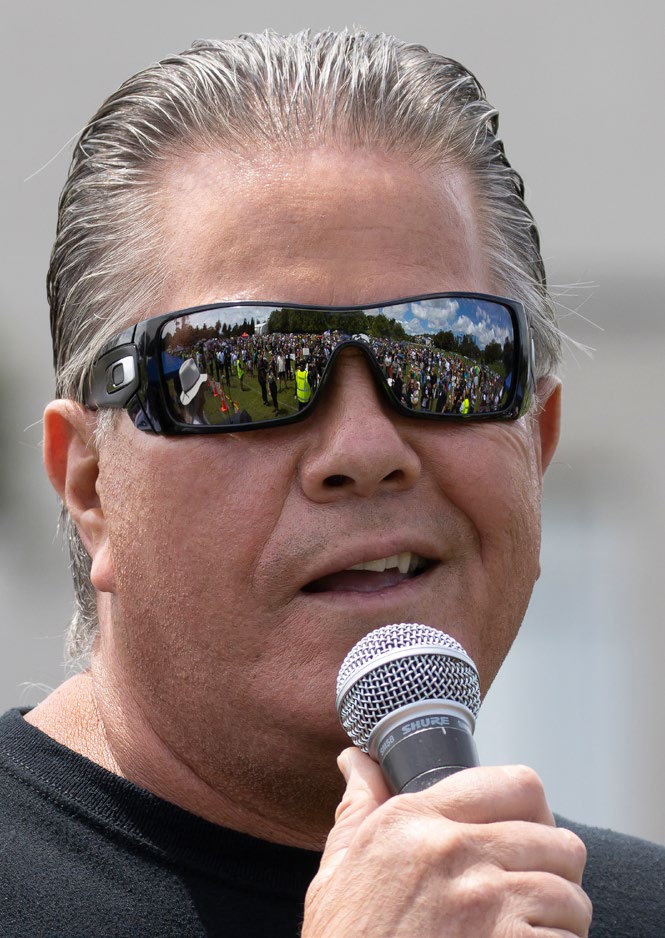