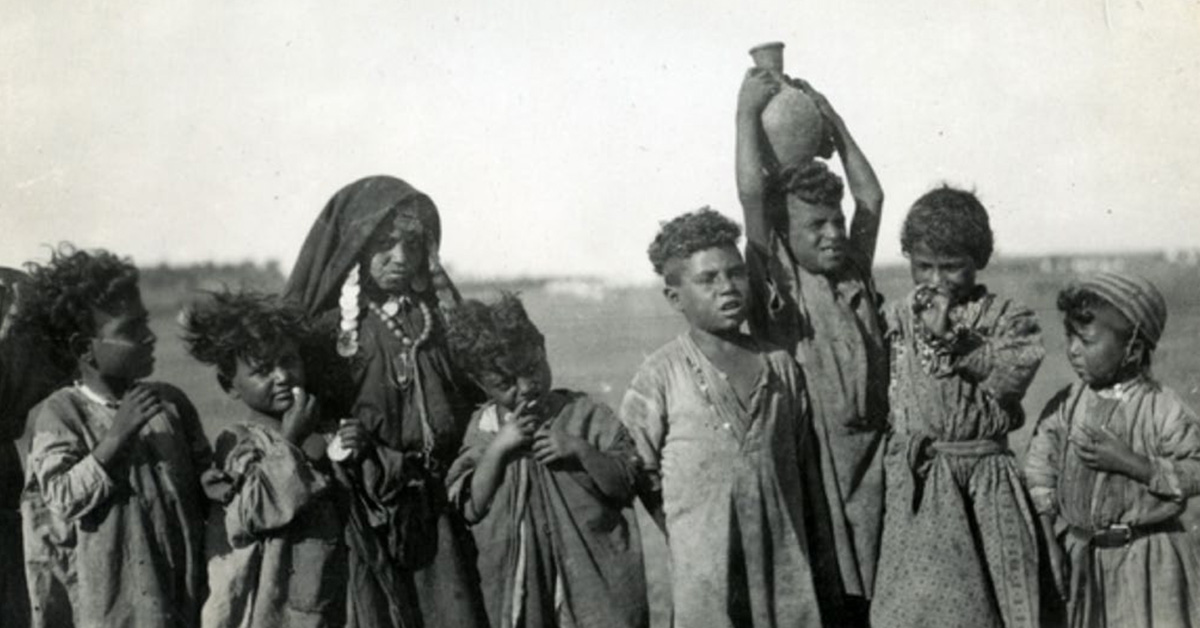 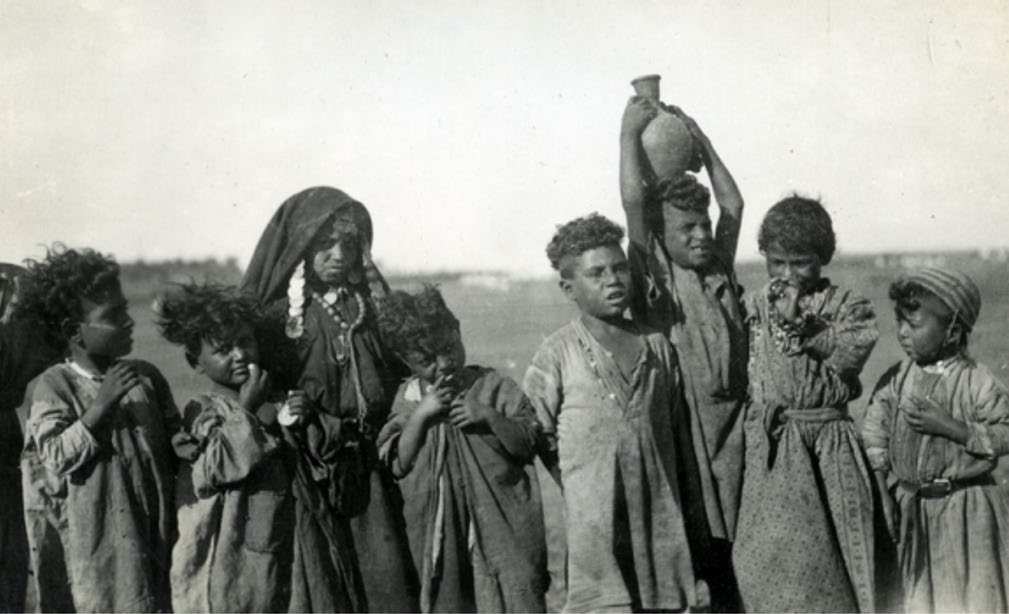 Most New Zealanders remain unaware of the Surafend massacre by Anzac soldiers in 1918. But members of the far right know it well — as an inspiration, not a source of shame.

This March, Aotearoa New Zealand remembered the third anniversary of the terrorist attack that killed 51 Muslims in Christchurch. After this terrible event, Kiwis of all ethnicities and creeds filled mosques and laid flowers to show their sorrow and their solidarity with the Muslim community.

Although the Christchurch terrorist was an Australian, he was part of a trans-Tasman network of fascists who had used the internet to demonise Muslims and justify the mass murder of non-whites. One of New Zealand’s best known neo- Nazis has been jailed for celebrating the Christchurch massacres and their perpetrator. Other New Zealand fascists have proclaimed their sympathy for the terrorist.

Every New Zealander knows about the slaughter of March 2019, but few of us are aware of a massacre of Muslims perpetrated by Australians and New Zealanders just over a century earlier. On the night of 10 December 1918, Anzac troops killed between 40 and 120 Palestinians — different historians give different estimates — in the village of Surafend.

By December 1918 World War I was over. The troops camped outside Surafend were waiting to go home. Most of them were part of the Anzac Mounted Division, which had fought at Gallipoli, then captured the Egyptian region of Sinai and Palestine from the disintegrating Ottoman Empire.

On the night of 9 December a man entered the tent of New Zealand soldier Leslie Lowry. Lowry had been using his kitbag as a pillow. The intruder grabbed it and fled. Lowry chased the thief across the dunes that separated the Anzac camp from Surafend. The thief turned and fired a pistol. Lowry died in a medical tent three hours later.

The next morning Anzacs found Lowry’s blood in the sand, and footprints that led from the stain towards Surafend. A hasty military investigation was unable to discover the identity of Lowry’s murderer, and the sheikhs of Surafend said that they did not know the culprit.

Infuriated members of Lowry’s Machine Gun Squadron, which had been serving alongside the Anzac Mounted Rifles, recruited both New Zealanders and Australians for a raid on the village. At seven o’clock on the evening of 10 December about 200 Anzacs pushed through the fence that surrounded Surafend. They carried bayonets, pick handles and iron bars.

Australian Ted O’Brien was one of the raiders. In a tape recording made in 1988, he said he and his comrades had “had a good issue of rum” and “done their blocks”. They “all went for” the Arabs with “the bayonet”.

The massacre took half an hour. After they had destroyed Surafend, the Anzacs raided a nearby camp of nomadic Bedouin people. They burned the camp down. By nine o’clock they were back in their tents.

Six days after the massacre General Edmund Allenby, the overall commander of British and Anzac forces in the Middle East, ordered the men of the Anzac Mounted Division to assemble. He called them “cowards & murderers”, and said he was ashamed to lead them. But no Anzac was ever brought to justice for the Surafend massacre.

In letters, diary entries and memoirs, the men of the Mounted Division tried to justify what happened at Surafend. They characterised the village’s inhabitants, and Arabs in general, as savages and thieves.

But some Anzacs were guilty of the behaviour they charged Arabs with. Ted O’Brien said that he and his comrades often robbed the corpses of Ottoman troops. O’Brien described stabbing a wounded Turk to death so that he could take the man’s possessions. “It was a rob the dead sort of business,” he said.

Thousands thought that Anglo-Saxons were a lost tribe of Israel and that the British Empire was sacred, and would eventually become God’s kingdom on earth.

Arabs had reason to resent the Anzacs’ presence in their lands.During the fight for Sinai, Egyptians had been conscripted into “labour armies”, and forced to dig trenches and build roads for the Anzacs.

The Anzacs had interned Sinai Bedouin en masse. Hundreds of the nomads were taken prisoner, and marched to improvised prisons by the Suez Canal. Some Anzacs did not bother with internment. O’Brien said that he and his comrades shot any Bedouins they encountered in the desert “on sight”.

The Christchurch terrorist was motivated by racism and Islamophobia. There is evidence that the Anzacs who attacked Surafend had the same attitudes.

In the late 90s John Milnes wrote a thesis for the University of Otago about the New Zealand members of the Anzac Mounted Division. Milnes said that “virtually every letter, book and diary” he read during his research had “some reference to the Arabs reflecting New Zealanders’ racial views”.

Many of the Anzacs were the children or grandchildren of men who had fought wars of conquest against the Indigenous peoples of Australia and Aotearoa. Massacres had been part of these wars. Sometimes the Anzacs made explicit links between the Arabs they encountered in Egypt and Palestine and the indigenous peoples back home.

In 1923 Henry Gullett published the official history of the Australian military campaigns in Sinai and Palestine. Gullett wrote that the Bedouin the Anzacs met were “scarcely higher in civilisation than the Australian blacks”. Gullett explained the Surafend massacre as a frustrated reaction to native barbarism. Similar excuses had been made for the mass killings of Aboriginals during Australia’s Frontier Wars.

In 1919 some of the Anzacs who had raided Surafend were sent to Egypt to help suppress a revolution. Angry at Britain’s refusal to give them independence, Egyptians had staged a general strike and attacked colonial forts. The Anzacs were furious that the Egyptian uprising had delayed their return home.

The New Zealanders’ accounts of their work in Egypt make their racial attitudes obvious. In a letter home Percy Doherty used the n-word to describe how he had “flogged several hundred” Egyptians. Ted Andrews described bayoneting a “huge, coal-black native” in the leg as “he turned to run”.

For some Anzac soldiers who fought in the Middle East, religion as well as race was a reason to hate their enemies. After the Ottoman Empire declared war on the British Empire in 1914, Istanbul’s leading cleric urged Muslims to wage jihad on British Christians. The Ottomans knew that Britain had many colonies with large Muslim populations; they hoped these subject peoples would rise up, and disrupt the British war effort.

In Devils on Horses, a 2007 book about the Middle East Anzacs, Terry Kinloch argues that Britain was seriously concerned about the possibility of Muslim uprisings, especially after the Ottoman triumph at Gallipoli. In 1915 two Indian Muslims, one an ice cream salesmen and another a halal butcher, tried to start a jihad in the outback Australian town of Broken Hill. Waving an Ottoman flag, they opened fire on a train. The jihadists killed four people before being hunted and shot dead by police and soldiers.

Many New Zealanders had their own theological justification for the war. Thousands, including wartime prime minister William Massey, were believers in the British Israelite version of Christianity, which taught that Anglo-Saxons were a lost tribe of Israel and that the British Empire was sacred, and would eventually become God’s kingdom on earth.

When Anzacs invaded Palestine and captured Jerusalem, belief in a holy war and divine guidance was bolstered. Muslims were seen as a satanic foe, who had unjustly occupied the sacred places of Christianity. Terry Kinloch reports that one New Zealand officer stopped his column at the border of Palestine, and offered a prayer of thanks to god for letting him enter the holy land.

But Islamophobia had existed in New Zealand before World War I and before the rise of British Israelism. In 1857, Muslims in India’s colonial army rebelled; in the 1880s, Sudanese rose up against the British under the leadership of a fervent Sufi known as al-Mahdi. Pākehā were shocked and frightened by these Muslim challenges to British hegemony; in many minds Islam became associated with subversion and savagery.

By the 1890s, Indians, Syrians and Lebanese were making livings selling food and clothing out of carts in New Zealand. The Syrians and Lebanese came from the Ottoman Empire; some were Muslims. These mobile salesmen were known as hawkers, and were regarded with suspicion by newspapers and politicians. The hawkers were accused of ripping off customers, ogling white women and spreading disease. In 1896 Parliament passed an Undesirable Hawkers Protection Act.

In their letters home, the Middle East Anzacs often complained about the traders they encountered in places like Jerusalem. They portrayed these traders as devious and dirty. There is an unmistakable parallel between the Anzacs’ complaints and the charges made against hawkers in New Zealand. Did the New Zealanders who raided Surafend learn all their hatred at war, or did they bring some of it from home?

Most New Zealanders and Australians remain unaware of the Surafend massacre, despite the careful documentation of the event by historians like Terry Kinloch. But members of the far right know it well. For fascists like the Christchurch terrorist, the massacre is an inspiration, not a source of shame.

In March 2019 I joined thousands of other West Aucklanders in laying a wreath of flowers outside one of our mosques. This Anzac Day I am going to leave another wreath of flowers at a war memorial near my home. This memorial was built after World War I; it remembers the Anzacs who fought in Sinai and in Palestine. But my flowers won’t be for the Anzacs of that campaign. They will be for the civilians who died at Surafend. Just as we grieve for the victims of the terror attack of 2019, so we should mourn the Muslims murdered by Anzacs in 1918.

Scott Hamilton is an historian and writer living in Auckland.

This story appeared in the April 2022 issue of North & South.