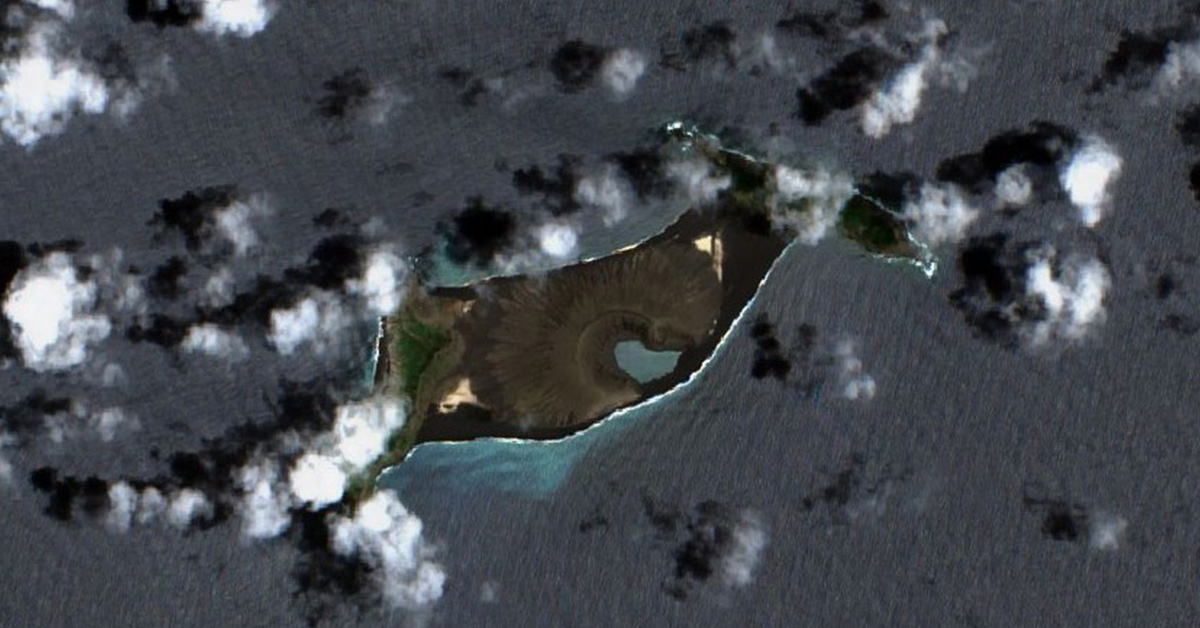 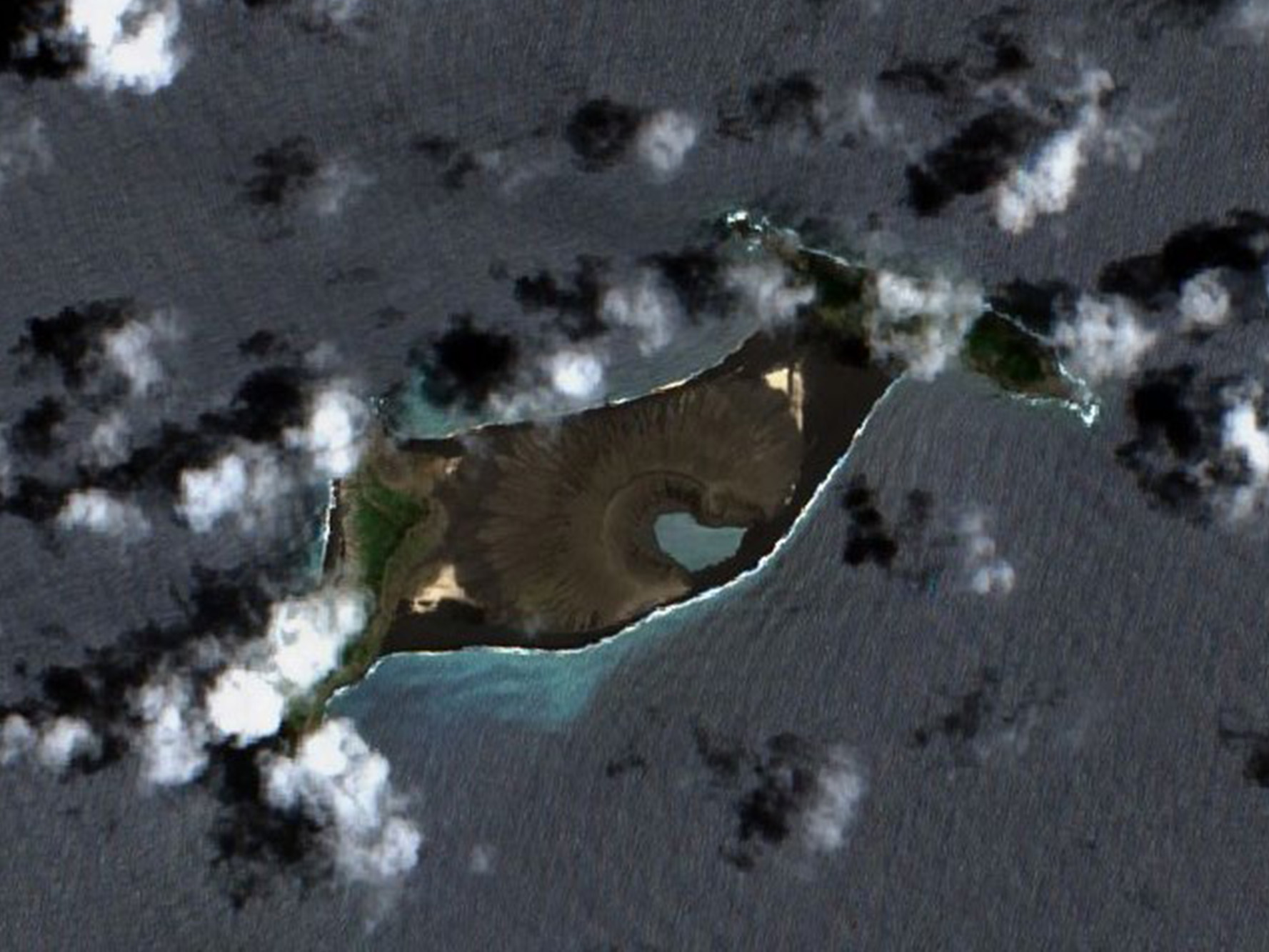 Historic artefacts washed up by the tides hint at lost lands whose full stories we can only guess at.

Last January Hunga-Tonga Hunga Ha‘apai, a small volcanic island in southern Tonga, exploded. The main blast lasted for two days, and was hundreds of times as powerful as the atomic bomb that destroyed Hiroshima. It caused a shockwave that circled the earth four times, and threw 400,000 tonnes of sulphur dioxide into the air. A tsunami rolled across the Pacific, submerging and smashing coastal homes in Tonga and drowning two people in distant Peru.

The eruption was a disaster for Tonga. If it had lasted another week, it could have been a disaster for the world. The explosion of a small Pacific island can begin a global cataclysm. In 1453 a Vanuatu volcanic island called Kuwae erupted. Kuwae sent so much ash and gas into the air that the skies of Europe blazed strangely. The people of Constantinople were in 1453 defending their city against an Ottoman army. As the enemy broke through their walls, the city’s people regarded the light in the sky as proof of their doom. The eruption of Kuwae helped create what historians call the Little Ice Age. In the 16th century temperatures dropped across the world. Crops failed, nations went hungry, and hungry nations made war on each other. Storms and icebergs isolated remote societies, like Viking Greenland and the Polynesian Chatham Islands, from the rest of humanity.

Like Tonga, Aotearoa sits on the Pacific’s Ring of Fire, where the earth’s plates collide with each other, creating earthquakes, eruptions and tsunamis. In 1917 the Pakeha journalist and historian James Cowan caught a boat from his temperate homeland to the tropical Pacific. As he floated towards Tonga, Cowan found a “sea alive with steam-belching islets” and “never-dying lava fires” that “made lighthouses in the dark”. When Cowan approached one steaming set of rocks, which his chart called Falcon Island, the air became so sulphurous that he struggled to breathe. Cowan called the region he was crossing the “workshop” of “Ruaimoko, the Polynesian Pluto”. Rūaimoko (also known as Rūaumoko) is the Māori god of quakes and eruptions.

A couple of years ago some friends and I drove north out of Auckland to Wellsford, then west down a peninsula of farms blazing with gorse. At the end of a gravel-voiced road was Manukapua, a small headland with sheer sand walls and toetoe swamps. According to Ngāti Whātua oral history, Manukapua is a fragment of a much larger island called Taporapora.

Traditions say a chief named Rongomai crossed the bar of the Kaipara Harbour on the Mahuhu waka, stopped at Taporapora, and planted crops from his tropical homeland — taro, kava, paper mulberry. Villages were built on the fertile flat island, and a whare wānanga, or school of learning, was established. But a great wave destroyed almost all of the island, and killed many of its inhabitants.

Kaipara Heads, where the lost island of Taporapora is said to lie. Photo: Shawn Stevens.

The Kaipara is a huge harbour whose winds and waves can create microclimates. Today some farmers are able to grow warm-weather crops, like olives, beside parts of the harbour. Archaeological evidence supports the idea that Rongomai may have been able to grow tropical crops on his motu. Paper mulberry — Māori called the plant aute — supplies the bark for tapa. Aute grew poorly or not at all in most of Aotearoa, and Māori tended to use tapa for small items, like earrings, rather than for the vast mats seen in societies like Tonga. Beaters must be used to smooth the bark taken from paper mulberry. Of the dozen or so of these beaters found in Aotearoa, most come from Kaipara Harbour creek mouths, close to the location of Taporapora.

Taporapora in the Kaipara has a counterpart in the Manukau Harbour: Paorae, near Matatuahu. In 1960 archaeologists from the University of Auckland spent a weekend digging at Matatuahu, a scrap of land between the cliffs of Āwhitu and the monstrous breakers of the Manukau Bar. What they found at this bleak and deserted place made no sense to them. Matatuahu teemed with artefacts. There were adzes, fish hooks, pendants, grinding stones, a fragment of a harpoon. There were moa bones. Large numbers of people had once inhabited a place that seemed to lack land for agriculture and a safe anchorage. How had this been possible?

The Matatuahu taonga were boxed and lost for decades in the vastness of Auckland museum’s storerooms. Then in the 1980s archaeologist Nigel Prickett rediscovered the artefacts from Āwhitu’s south head. As he examined them, Prickett was pushed towards an extraordinary hypothesis. Prickett had read Dick Scott’s recently published history of West Auckland, which drew on Māori oral traditions as well as written records. A chapter in Scott’s pukapuka told the story of Paorae, the “Māori Atlantis”.

At the beginning of the 20th century the rangatira Wiremu Patara Te Tuhi had shared the story of Paorae. In the 1860s Te Tuhi had been one of the editors of Te Hokioi, the legendary newspaper of the independent Waikato Kingdom. His kingdom had been conquered, but he kept the past alive. Te Tuhi described Paorae as a vast flat land, a motu that covered much of the western Manukau. Its soils were rich; it had kūmara and taro plantations, kāinga and a whare wānanga. But Paorae had been eaten slowly by Tangaroa. The sandbars that still trouble boaties on the Manukau Harbour were its ghosts.

Nigel Prickett realised that the artefacts from Matatuahu were evidence for Paorae’s existence. In a study published in 1987 he argued that the scrap of land at the edge of Āwhitu must have been the last remnant of the Manukau’s Atlantis.

Dick Scott is most famous nowadays for his book about Parihaka, the Taranaki village where Māori protesters fought an epic peaceful battle against land confiscation and racist laws. He knew that the iwi of the Manukau had lost much of their land to confiscation and dodgy deals in the 19th century. He argued that, for proud and defiant rangatira like Te Tuhi, Paorae was a symbol of pride.

Australia has a longer human history than Aotearoa, and has lost more of its ancient settlement sites to the sea. In 2018 and 2019 a team of archaeologists from Flinders University teamed up local Indigenous people to search for lost sites along the coast of West Australia’s Murujuga in the Dampier Archipelago.

After listening to Murujuga peoples describe their ancient history, researchers used planes with motion light detecting technology and boats equipped with sonar to search for places along the Murujuga coast that might be suited to under-reconnaissance. They ruled out areas with shifting sands, and areas affected by landslides. Eventually teams of divers were dispatched to propitious sections of the sea floor. They brought back adzes and grinding stones from Australia’s deep past. These treasures have been placed in the care of the Murujuga Aboriginal Corporation.

Perhaps one day humans will return to the drowned islands of Taporapora and Paorae in wetsuits, and help us understand more about these fragments of our history. 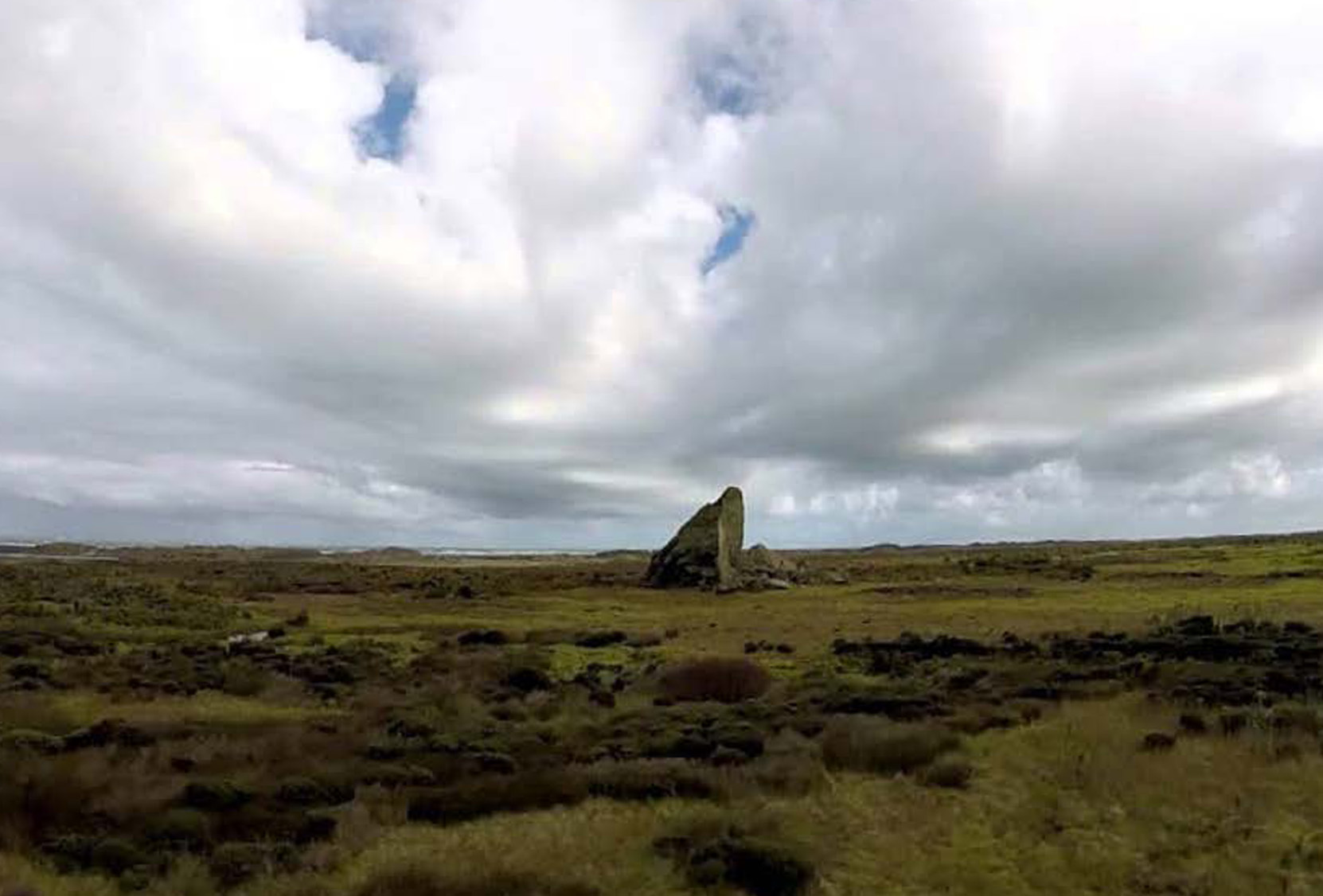 The sea has rebuilt Paorae, on the north side of the Manukau. Photo: Scott Hamilton.